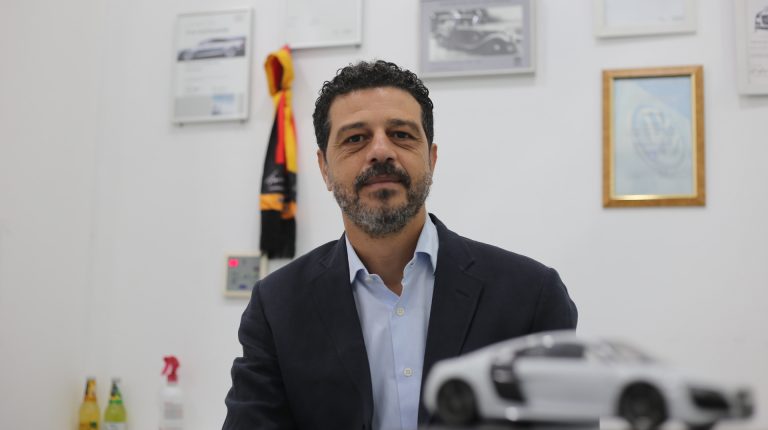 Ahmed Arafa, the former head of the Audi sector at the Egyptian Automotive & Trading Co (EATC), has had a long story with the German luxurious brand in Egypt, spanning nearly 20 years. Throughout that period, he managed to boost the carmaker’s sales from 14 to 1,200 units, growing beyond all expected results.

Recently, Arafa decided to end his contract with the EATC to embark on a new venture, establishing DC Auto in Maadi, in partnership with one of his relatives and others.

DC Auto has become a distributor of all brands and the sole Audi distributor in Egypt, along with Audi Cairo Maadi. It also distributes motorcycles and dune buggies, as well as regular and electric golf carts, and small electric cars.

Despite the diversity, Arafa told Daily News Egypt that Audi will remain his favourite brand.

Unfortunately, he said, the opening of DC Auto occurred amid several challenges hitting the market, starting with the floating of the national currency and not cutting customs tariffs on imported European cars as expected, which led to sales falling in the sector by 50-60%.

Arafa noted that he is convinced that those who can succeed in very challenging conditions, like those of the Egyptian market last year, will succeed at any other time.

He predicted DC Auto’s sales by the end of 2018 to reach 500 units of all brands. “Indicators already show that the company is compensating for its 2018 losses,” he added.

Arafa dreams of turning DC Auto into an exclusive dealership for a certain brand, though he said that cannot be realised before 2020.The matter is being studied with a European car company now. Some Chinese companies have offered a similar deal but were rejected.

He announced that the company is in the process of reaching the approved distribution of three European models in June. The company will also expand its main showroom in Maadi and begin establishing an integrated service centre for Volkswagen and Audi by the end of 2019.

Arafa said that the company’s focus is now on client satisfaction, as DC Auto continuously follows up with clients after purchases to help them navigate through service centres and certified maintenance providers, along with providing free two-year maintenance offers.

He added that auto assembly in Egypt is at a good stage, “but we have to move to manufacturing all the car parts, assembling the small pieces, and follow the example of Morocco and Turkey,” he said.

Moreover, he expressed hopes for the local market to reach 500,000 units per year to be able to attract more investments.