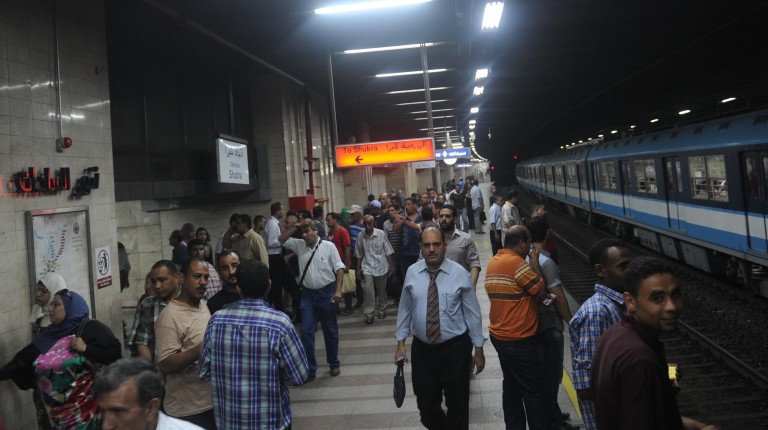 Egyptians have been facing price hikes on a range of products and services in the country for over two years. Since signing a $12bn loan agreement with the International Monetary Fund (IMF), Egypt has pledged and implemented a harsh major economic reform programme that started in 2016. In addition, the government has implemented several other procedures to bridge the budget deficit and stimulate the economy’s growth—one of these procedures is hiking metro ticket prices.

On Friday, the Ministry of Transportation raised the price of metro fares to EGP 3-7, hiking the price for the second time in less than a year.  The pricing system is now based on the number of stations travelled. From a flat rate of EGP 2, now, for the first nine stations, Egyptians will pay EGP 3, which rises to EGP 5 for up to 16 stations, and EGP 7 for more than 16 stations. The decision will not be imposed on students, the elderly, and people with special needs.

The ticket price had already been increased to EGP 2 on 23 March, four months after the pound’s flotation. Prior to that, the flat metro fare had remained, for many years, at EGP 1.

Minister of Transportation Hesham Arafat said that the decision comes as part of completing plans for the development of the Cairo metro system and to maintain the vital facility, which serves millions of Egyptians on a daily basis, as well as to provide a distinctive service for passengers.

He further said in a statement that the decision was made due to the heavy financial losses of the metro system, as its accumulated loans have reached almost EGP 618.6m, in addition to a deficit in maintenance and reparation costs from 2016 until the current year. He added in the statement that the increase aims at improving the metro, providing people with “special” services, and achieving social justice.

Egyptian authorities have repeatedly justified the changing of metro ticket prices as a way to implement a comprehensive development plan for metro stations. There are already a number of changes seen in the metro stations throughout the past few months.

The plan to upgrade the infrastructure of the first and second Cairo metro lines requires funding of up to EGP 30.76bn, of which only EGP 26.35bn was paid for the first line, and EGP 4.4bn for the second line, Ahmed Abdel Hady, spokesperson of the Egyptian Company for Metro Management and Operation, clarified in media statements on Friday, adding that the plan includes a comprehensive development and modernisation of the infrastructure of the first line, as well as the purchasing of new trains and upgrading of existing trains, in addition to the development of the second line’s signalling systems.

The plan also includes the development of electric feed, communications system, and rails of the first line of the metro, which will cost €730m, said the minister, adding that there are already six new trains that have been added to the second line of the metro.

“The company is doing its best to provide distinguished services to passengers, and the increase of the prices of metro tickets was necessary and inevitable,” the chairperson of the Egyptian Company for Metro Management and Operation, Ali Fadali, said.

Fadali added that the new prices will help to improve the service by providing the required funding to purchase spare parts for maintenance work, adding that new trains will be introduced during the coming period as part of the development plans for the first and second lines.

The ministry has contracted with a number of banks to receive EGP 30bn to renew the first line of the subway system, noting that citizens mostly complain of large crowds during their trips via the subway He said that in order to eliminate this issue, which is a result of a growing population, there should be a better signalling system, at a cost of €280m, which is expected to reduce the waiting time between trains, and therefore allow more trains to run.

Previously, officials of the Egyptian Company for Metro Management and Operation and the Ministry of Transportation were quoted in local media reports saying that there would not be an increase in ticket prices this year, unless the installation of electronic gates in stations of the first and second lines is completed.

Since the beginning of 2018, new electronic gates began to be noticed by metro commuters as rumours of an imminent price hike swirled. Those new gates can also be used with smart cards.

In February 2018, Hady said the company was close to completing the replacement the old gates with new electronic ones. Meanwhile, Hassan Tawfeeq, spokesperson for the National Authority for Tunnels, confirmed that the installation of the electronic gates will be completed in the second line of the metro by the end of March.

The National Authority for Tunnels contracted with French company Thales Group to manufacture and supply 850 new gates at a cost of about EGP 160m, replacing the old gates in the first and second lines of the metro. That contract included completing the supply and installation of gates within 18 months from the date of activation.

The decision stirred controversy among Egyptians, as many were discontent with the price increases, as they added an additional burden to the already high living costs, following the government’s economic measures implemented in the last two years, including energy subsidy cuts and tax hikes, all as part of a $12bn three-year IMF loan agreement that was signed in 2016.

On the other hand, on social media, some users made posts saying that they were not against the decision, “as the ticket prices in other countries are much higher than in Egypt.” However, some advised that there should be a discount on specific ticket prices for either the underprivileged or the neediest social classes.

More than 3 million people use the metro daily, as it is the most affordable means of transportation in the city that low-income people, along with the working and middle classes, depend on. Throughout all hours of the day, one can find crowds of passengers standing and sitting inside each metro carriage, waiting to reach their destination. Once a train’s doors open, another crowd charges into it, with people regularly pushing each other in order to not miss the ride, often without regard for risk of injury.

Alternative transportation methods may not cost less, as the government is expected to slash petroleum subsides for the third time in July.

The ticket prices are not the only concern that metro commuters harbour; the improvement of basic quality of services has long been a demand. Safety precautions, regulations on overcrowding, and improvement of poorly maintained stations have long been called for by metro riders.

Economists have previously suggested plans to expand metro revenues without raising ticket prices, such as better utilising the marketing aspect, activating commercial promotion professionally to make the most of advertisements placed on tickets, entry and exit gates, escalators, and stairways. In a previous televised interview, the head of the Egyptian Company for Metro Management and Operation, Khaled Sabra, said that the metro works 24 hours a day and serves 1.3 billion passengers per year. Revenues of the metro are estimated at over EGP 3m per day, which can greatly assist in upgrading its services.

ETA will not accept any cash payments over EGP 5,000 starting January 2019: ETA deputy