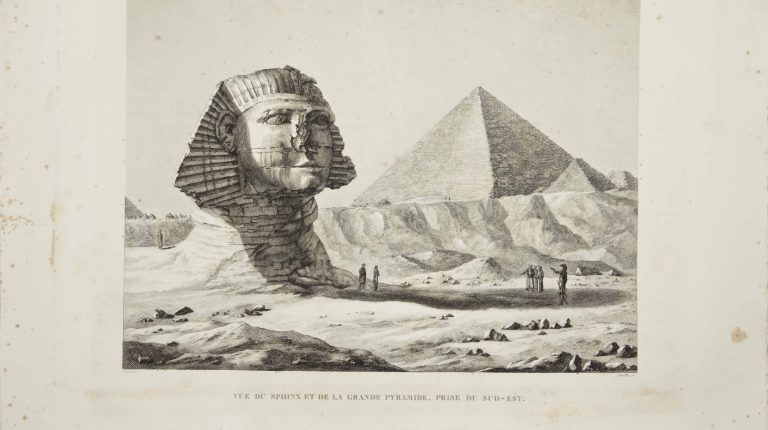 A rare authentic book, Description of Egypt, is to be auctioned at British auction house Christie’s on 29 May with an estimated price range of €300,000–500,000.

The original version of the rare book describes Egypt’s landscapes, culture, and traditions through the eyes of the French army during its expedition.

The book is the first descriptive book that features all of Egypt’s landscapes and places.

“This monumental work constitutes the first scientific description of ancient and modern Egypt, as well as a significant event in the history of French printing. It is also the most important publication ever undertaken by the French government,” Christie’s wrote, describing the book.

After returning to France, the army was asked to write a description of what the soldiers had seen in Egypt, and between the end of 1801 and 1809, the work was being collected.

In 1810, Napoleon Bonaparte ordered collecting all the work of the soldiers in one publication, according to Christie’s statement, adding that it was for him “to lavishly celebrate his first decade in office, and he had the record pages of the first deliveries antedated,” the auction statement read. It further said that the book was completed in 1830, when the maps of Sinai, Egypt, and Palestine were taken out of the war.

The book features different Egyptian areas, with portraits and illustrations of what the French soldiers saw. The description includes Sinai, Upper Egypt, and rural areas.

It also includes descriptions of Heliopolis and of the main ruins located at a portion of the Nile Delta at the time between the branches of Rosetta and Damietta.

Pakistan’s cultural heritage not for sale