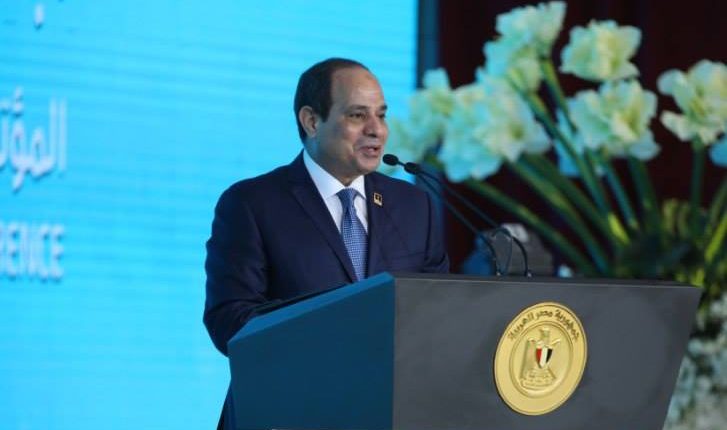 President Abdel Fattah Al-Sisi launched on Wednesday the fifth National Youth Conference, in the attendance of youth from different backgrounds, along with political and public figures.

Regarding the situation in the Middle East, he said the region is going through a very critical time. He further said that Egypt advocates political solutions to resolve the region’s various crises and stands for the unity of Syria, Iraq, Libya, and Yemen and their national armies against armed militias.

He stressed Egypt’s stance concerning the Palestinian cause and said the US embassy’s relocation to Jerusalem will carry negative consequences for the cause and for Arab nations.

During the conference, the president also announced that he is pardoning 332 inmates, including youth involved in demonstration cases and other prisoners with health conditions. He called on the Interior Ministry to speed up the release process so that the prisoners can return to their homes as quickly as possible.

The conference came after months of delay, as it was scheduled to be held three months following the World Youth Forum that took place in November, since authorities were more concerned with the presidential election held in March.

During his opening speech, the president apologised for the conference’s delay, adding that the fifth conference is the last of his first term.

“We missed these conferences very much during the past few months, as there was an opportunity to meet and hear each other,” Al-Sisi said.

On another note, the president said that none of the services in Egypt are provided at their real prices, referring to the new metro and railway ticket prices, adding, “even if you aren’t satisfied with the provided service, you are not paying for its full price.”

The conference’s agenda includes three sessions. The first will discuss youth’s vision regarding the Egyptian political scene, and the second will discuss the path of the Egyptian state for the next four years and will also analyse the situation following the recent presidential election. The third session will be dedicated to the Ask the President initiative, when Al-Sisi will answer questions fielded by citizens during the past several days.

The presidency announced on Sunday receiving questions from citizens through the Ask the President initiative for three days starting from 13 May.