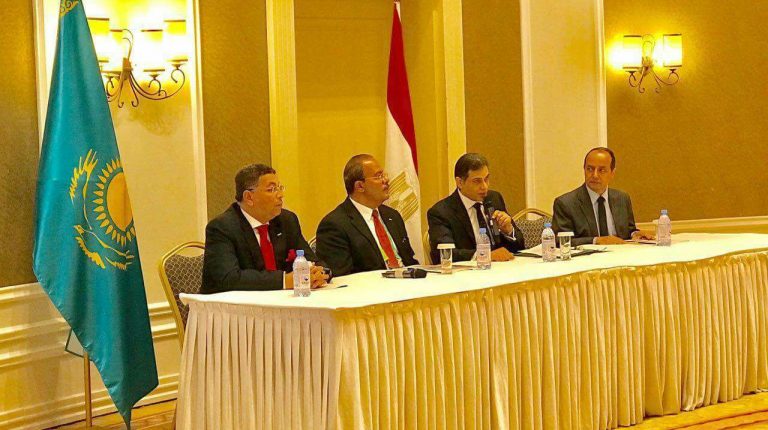 The editor-in-chief of privately-owned newspaper Al-Shorouk, Emad El-Din Hussein, commented on Arab countries’ stance towards the recent US embassy opening in Jerusalem, saying news outlets reported an “Arab boycott” of the event, as though Arab leaders were initially supposed to attend and making it sound like a victory that they did not. Hussein wrote that even statements of condemnation and calls for cessation of violence have disappeared, describing as shameful any Arab sympathising with Israel or support for the US move.

On Palestine, state-run Al-Akhbar’s Galal Aref blamed the US for the killing of Palestinians during Nakba day protests, saying the US is mistaken to think that the people will give up their rights or that lack of Arab action towards the cause will contribute to ending it.

In the same newspaper, Mohamed Barakat denounced the US’ “shameful” support for the “Zionist entity,” as it helps it commit crimes against the Palestinian people. Barakat called for a reconsideration of Arab countries’ strategy towards the US being a partner in the Middle East peace process given its bias towards Israel.

For the newspaper’s Galal Doweidar, the US and its President Donald Trump are to blame for the injustice against the Palestinian people who were demanding their rights, calling the country’s stance “immoral.” He went on to say that the Arab region deserves any US meddling with its affairs as long as it remains divided and unable to face crises.

On the metro ticket price increases, Al-Shorouk’s Sameh Fawzy suggested that different packages be offered to various classes of citizens in a manner that would reduce their transportation expenses, arguing that if such economic decisions are necessary, people do not have to be negatively affected every time the government increases prices.

Meanwhile, state-run Al-Ahram’s Ahmed Abdel Tawab said Egypt ought to sue Al Jazeera for its twisting of facts and biased reporting on Egyptian affairs, just as Foreign Affairs Minister Sameh Shoukry did with Russia Today when it published an online poll on the sovereignty of the Halayeb triangle, the rights two which are disputed by Sudan.

In the same state-owned newspaper, Amr Abdel Samea rejected calls for reconciliation with the Muslim Brotherhood, saying they are “terrorists” and that he doubts they have renounced violence, also criticising what he described as “MB sympathisers.”