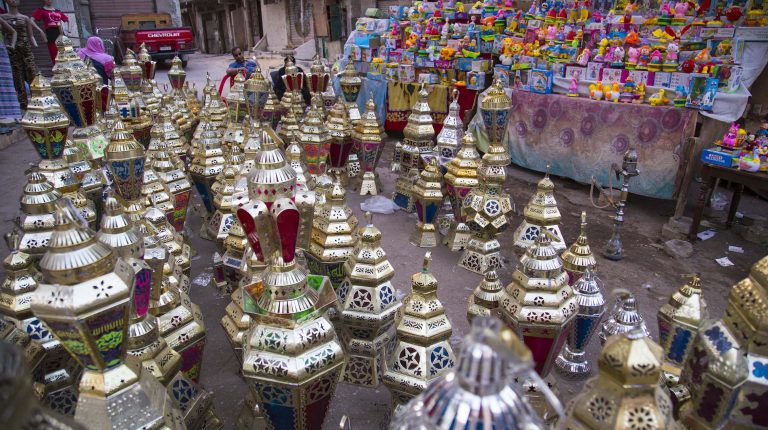 Anticipation and excitement are among the feelings most Egyptians share in welcoming Ramadan, the month of generosity, as it is culturally described.  The month is not only met with love and longing by Muslims, but Copts also harbor their share of affection towards Muslims’ month of fasting, especially in Egypt, where it comes bringing joy, colourful streets, and later than usual night life.

Twenty-four-year-old Maggie Samir waits for Ramadan every year, just like she waits for any Christian celebration.

“I love the family spirit Ramadan has. It brings the whole family together in an intimate way that cannot be detected anytime else,” she said. Samir finds that in Egypt, all of the positive, beautiful characteristics Egyptians have can be genuinely felt during the holy month.

“The tenderness, companionship, and devotion I feel in Ramadan are the closest to my heart,” she explained.

As a Christian, Samir has to join her friends on some fasting days, on which she does not drink or eat anything from the sunrise until the Maghrib (sunset) prayer. “We anticipatingly wait for the cannon to fire in order to drink and for all of us to sit around one table sharing the same food,” she described. For her, no matter how thirsty or hungry she gets, sharing the ritual with her friends always makes it easier for her to keep going.

“Ramadan brings all human beings closer, and [makes them] more intimate, not only Muslims!” she added.

“I have experienced several times where I happen to be in the street when Maghrib prayer calls and people insist that I should take dates and juice to break my fast; whenever I politely refuse, telling them that I am Cristian and request to save it for someone who might be in need of it, I am always met with the response ‘even if you are Coptic, you have to take it. We are all one big family.’ This is the same response I am always met with,” he said.

As a volunteer at one of Egypt’s churches, Bishara said that in his church, it is written that Ramadan is the time of year known for generosity that reaches both Muslims and Copts, as well as prayers by both.

“I personally wait for the mesaharaty [a person who walks in the streets to wake people up to eat before dawn] from one year to another. His voice is full of the world’s optimism and happiness. It just adds joy to one’s soul,” he added.

Even as a Copt, the Tarawih prayer is one of Bishara’s most favourite times of the day. From the reciters’ voices to the scene of people praying in the streets, he longingly awaits that spirit he feels.

From another perspective, empty streets are another favourite part for some Copts in Egypt.

“Other than decorations and the beauty of the spirit the streets are filled with, I love the fact that I get to roam Egypt from east to west in minutes during Iftar time,” Rana Shawky commented.

Shorter working hours is another benefit Ramadan brings for some Copts in Egypt, “you get to work for few hours, and spend the rest of your day watching the floods of series on TV,” Yousef Gobran added.

Egyptian Muslims and Copts celebrate feast only a day apart