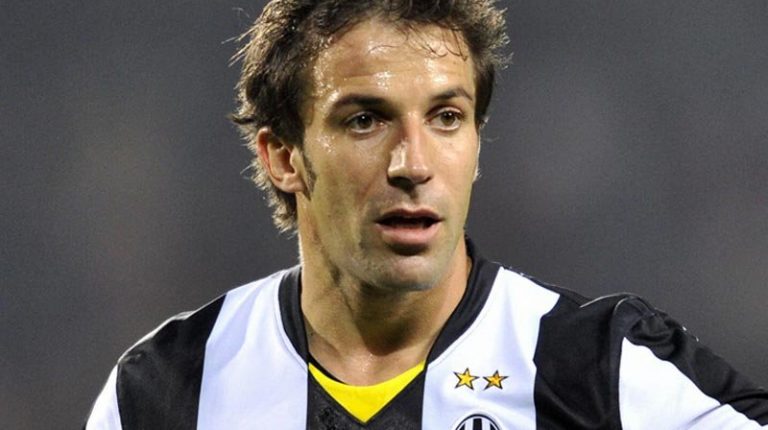 Juventus and the Italian national team’s legendary Alessandro Del Piero is one of the few football players to win the hearts of fans by his great achievements during his career with the Azzurri and the Old Lady team.

Del Piero is the historic top scorer of Juventus, with 290 goals in 706 games. He is also the second-highest scorer in the history of the Italian national team with 342 goals.

He won the 2006 World Cup with Italy after beating France 5-3 on penalties. Del Piero left Juventus in 2012 and joined Australia’s Sydney FC. He concluded his career in the Indian League in 2014 with Delhi Dynamos FC.

Daily News Egypt sat down for an interview with the Italian football icon during his visit to Egypt to participate in an advertising campaign for a telecommunications company.

Del Piero expressed his delight at visiting Egypt, asserting that he was thrilled by the warm reception of the Egyptians since his arrival.

Is this your first visit to Egypt?

No, but it is my first time to visit Cairo. I went to Sharm El-Sheikh 20 years ago and it was very charming.

What do you think of Egyptian football?

Egypt is full of football talent who are capable of playing in global football leagues. Mohamed Salah’s brilliant performance with Liverpool encouraged many European clubs to follow Egyptian football with the aim of discovering more Egyptian talents.

Speaking of Salah, what did you think of his performance with Liverpool?

Salah is an extraordinary player. He presents a steady and powerful performance with outstanding skills that qualify him to be the best player in the world within a few months.

I expect that Salah will compete for the world’s best football player award on the condition that he retains his brilliant performance and high goal-scoring rate.

Was AS Roma affected by Salah’s move to Liverpool?

No, because Roma is a big team and cannot be affected by the departure of any player, no matter his abilities. Salah had a great season with Roma but his move did not significantly affect the Italian team.

Do you think Salah should leave Liverpool?

I have no advice for Salah on that. He already plays for a big club. I do not think his debut season with Liverpool was exceptional. He always scored a lot of goals with the teams he played for, including Fiorentina and Roma. I think he is in a good place now and plays under a great coach who really helps Salah improve his performance.

What about Ahmed Hossam Mido, do you know him?

Certainly, Mido left a brilliant mark in European football. He was a great and talented player.

Mido played for Roma in 2004, coming from Marseille, and then moved to Tottenham Hotspur on loan before he completed his transfer to the English team in 2006.

How do you see Egypt’s chance for the 2018 World Cup in Russia?

Why did you move to Sydney after your long career with Juventus?

I moved to Sydney looking for a new experience, and I was keen to contribute to the development of Australian football.

Do you think that Gianluigi Buffon should retire by the end of the season?

I hope he will not. Everyone thinks that Buffon will retire, but he may play for more years. He is a great goalkeeper and he can help Italy overcome this difficult period.

How can Juventus achieve the UEFA Champions League title?

The team is playing very well, and it has concluded many big deals to achieve that dream. Juventus dominated the local competitions, but it experienced great misfortune in the UEFA Champions League. However, I think we can win the title soon.

How do you see Italy’s failure to reach the 2018 World Cup?

I am very sad for the Azzurri’s failure to qualify for the World Cup. I think this was a great disaster for us. It was not the fault of the players, but the Italian Football Federation.

From your point of view, what can be a real threat to the career of any footballer?

The real threat to any football player is losing self-confidence, not injuries. The players must work a lot on their psychological health. There is a big story behind the success of each player, and behind each great game.