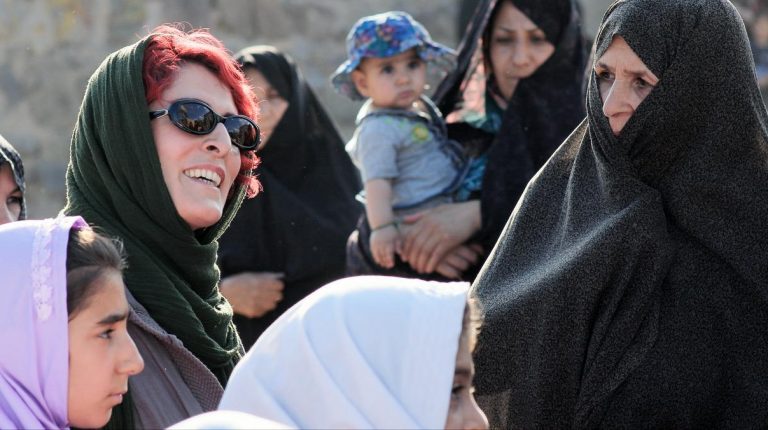 The curtain came down on the 71st Festival de Cannes on Saturday, which for the past 12 days featured artists and films from all four corners of the globe on its screens.

Onstage at the Grand Théâtre Lumière, Edouard Baer hosted the awards ceremony, and welcomed the feature film jury presided over by Cate Blanchett for the announcement of the 2018 winners.

The Palme d’Or went to a Hirokazu Kore-eda’s Shoplifters, a drama that tells the story of an impoverished family, painting a new, uncensored image of the Japanese middle class. The modest masterpiece comes from a veteran filmmaker, who featured a small-time thief who takes a young girl home to his family; after seeing scars from abuse, they decide to keep her and raise her as their own.

The politically charged atmosphere overwhelmed the theatre and the evening, either via messages of winning directors, those of the jury, or the choice of the films.

“In 1997, I was raped by Harvey Weinstein here at Cannes. I was 21 years old. This festival was his hunting ground. I want to make a prediction: Harvey Weinstein will never be welcomed here ever again. He will live in disgrace, shunned by a film community that once embraced him and covered up for his crimes,” Argento said while awarding Samal Yeslyamova the prize for best performance by an actress.

“And even tonight, sitting among you, there are those who still have to be held accountable for their conduct against women, for behaviour that does not belong in this industry or any industry or workplace. You know who you are. But more importantly, we know who you are. And we’re not going to allow you to get away with it any longer,” she continued.

Several protests and stands took place during the festival. Earlier in the week, the president of the jury, Cate Blanchett, led a women’s protest on the red carpet while asserting “women are not a minority in the world.” Also, Aïssa Maïga unveiled a project named Black Is Not My Profession, aimed at exposing discrimination in the French and American entertainment industries. Meanwhile, Benicio del Toro joined a demonstration against the Israeli army’s killing of Palestinians on the Gaza border.

As Blanchett paid tribute to actors that could not travel to be with their films at the festival, like Iran’s Jafar Panahi and Russia’s Kirill Serebrennikov, she praised the films of this years’ selection, saying, “to the so-called invisible people: the disempowered, the displaced, and the disillusioned, as well as those searching for connection, unification, and love.”

“We admire you and we are with you in spirit,” added Blanchett, while addressing Jafar Panahi and Russia’s Kirill Serebrennikov.

The Grand Prix was awarded to American director Spike Lee for his film BlacKkKlansman, a thriller about two police officers, one black and one Jewish, attempting to infiltrate the radical and racist Ku Klux Klan. The film acts as a radical criticism of Trump’s America.

“I’m always asked what’s going on in the world today. Since we all got cinema, I refer to the Peter Weir film The Year of Living Dangerously. I’ll repeat that, this is the year of living dangerously, so I take this on behalf of the People’s Republic of Brooklyn, New York,” Lee said.

On the choice of BlacKkKlansman, jury member Léa Seydoux said, “we felt this award was crucial. The world is changing and we think this film is a stunning portrayal of these changes.” Meanwhile, jury member Ava DuVernay said, “as an African-American filmmaker, I was completely taken by the film. I’ve seen every single thing [Spike Lee] has ever made, but I didn’t want to influence the other members of the jury.”

As for Lebanese director Nadine Labaki, who won the jury prize for her film Capernaum, she said, “this award is huge for a small film like ours created at home. But it’s important to remember where the children in the film came from.” The film focuses on the lives of children in the slums and impoverished areas of Lebanon.

“We can’t stay blind to the suffering of these children. I believe in the power of cinema, not just to make us dream but to make us think. I don’t know what the solution is, but I invite everybody to reflect on it together.”

Other winners included Pawel Pawlikowski, who won best director for Cold War; Marcelo Fonte, who was honoured as best actor for his role in Dogman; and Jean-Luc Godard, who won a special jury prize for stretching the boundaries of film and always redefining what cinema can be.

On deliberations within the jury, Robert Guédiguian said, “it was an impossible task, but we succeeded. We come from a range of backgrounds, but it turns out we’re not so different after all.” He added, “beauty, goodness, and poetry, that’s what I aspire to. And I get the impression that all of us, from all our respective fields, agree on this.”

Meanwhile, Khadja Nin said, “it’s as though we had been invited to the biggest restaurant in the world. Some people like fish, others prefer meat, some people are vegetarian, but in the end, we all had a huge feast and it was quite extraordinary.”

As for Andrey Zvyagintsev, he asserted, “choosing seven awards out of 21 films is almost impossible; it’s like a Procrustean bed. We can’t say any more, as we signed a confidentiality agreement. Although it may not necessarily have been our individual favourites, we are satisfied with the choices of the jury.”

And on the decision to award the Palme d’Or to Shoplifters, Blanchett said, “there’s a lot of rules… the Palme d’Or has to be something where all the elements come together, where the acting is extraordinary, where the direction is extraordinary, where the mise en scène is profound and deep…It was hard because several films we felt were like that. We’re not here to judge; we’re here to choose.” On the same film, Denis Villeneuve also said, “it is a film that moved us all deeply. There is a grace, an elegance, a depth in the mise en scène that really moved me.”

Blanchett talked about the Special Palme d’Or for Jean-Luc Godard’s Image Book, saying, “we wanted to reward an artist who continues to experiment. We felt that this film was profoundly important, not only in and of itself but also in the context of the other films we saw.”