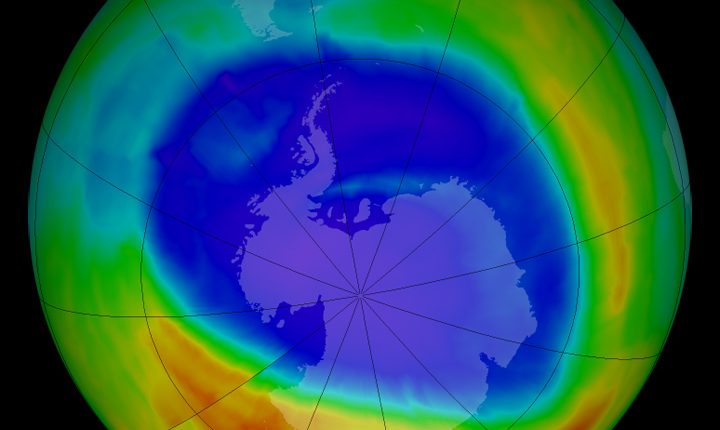 Findings of a new study pointed out that the rate of decline of trichlorofluoromethane (CFC-11) in the atmosphere has slowed by approximately 50% since 2012, according to a study in the journal Nature.

The research suggests that this increase may be due to emissions from new sources of production, despite a global ban on production since 2010. The Montreal Protocol was designed to protect the ozone layer by reducing the abundance of ozone-depleting substances, such as chlorofluorocarbons (CFCs), in the atmosphere.

The reduction in levels of CFC-11 has made the second-largest contribution to the decline in the total atmospheric concentration of ozone-depleting substances since the 1990s.

A team of international researchers from universities in the US, the UK, and the Netherlands, led by Stephen Montzka from the National Oceanic and Atmospheric Administration in the US, showed that the rate of decline of atmospheric CFC-11 concentrations, observed at remote measurement sites, was constant from 2002 to 2012 and then slowed by about 50% after 2012.

Based on simulations and modelling, the researchers of the study suggest that there has been an increase in CFC-11 emissions since 2012. The increase appears unrelated to past production, and the authors suggest that this may be due to new production, which has not been reported to the United Nations Environment Programme (UNEP)’s Ozone Secretariat. This would be inconsistent with the agreed phase-out of CFC production by 2010 in the Montreal Protocol.

In response to the paper, the UNEP issued a statement saying that while current scientific models show that the ozone layer remains on track to recovery by mid-century, the continued increase of global CFC-11 emissions will put that progress at risk.

“It is important to note that these findings also highlight the efficacy of the Montreal Protocol, its institutions, and mechanisms, with science at their core. So long as scientists remain vigilant, new production or emission of ozone-depleting chemicals will not go unnoticed,” the statement read.

The UNEP pointed out that if these emissions continue unabated, they have the potential to slow down the recovery of the ozone layer. It is therefore critical, it said, that we take note of this science, identify the causes of these emissions, and take necessary action.