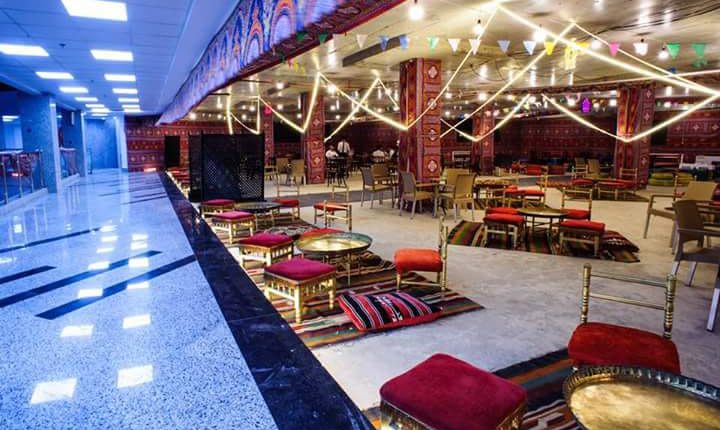 Badr El Din Real Estate Projects opened a branch of El-Fishawy Café—the most popular coffee shop in the Al-Hussein area of Cairo—in Mazar Mall in the area of Sheikh Zayed. The new location is the café’s first in one of Egypt’s new urban communities.

Badr El Din Real Estate Projects Chairperson Mamdouh Badr El Din said that the agreement comes within the framework of the company’s continuous search for innovative activities to introduce to the mall, which in turn achieve added value in Sheikh Zayed.

Badr El Din pointed out that El-Fishawy Café was selected due to its ancient history and because of a large number of citizens from all over the republic’s preference for it, which will represent a positive addition to the city.

He noted that the new café was designed similarly to its ancient original branch in El-Hussein.

Badr El Din added that his company allocated a temporary area of about 700 sqm for the café on the second floor of Mazar Mall during the month of Ramadan. The official opening of the café will be after the holy month.

He explained that the space was provided free of charge as the company is keen to provide a distinctive Ramadan atmosphere for the mall during the holy month.

For his part, Diaa El-Fishawy owner and director of El-Fishawy Café, said that Mazar Mall was selected as the first site of the café in a new urban area due to the mall’s distinctive location.

El-Fishawy added that the Mazar Mall branch is El-Fishawy’s fourth, as it also has locations in Sharm El-Sheikh, Maadi, and Gesr El Suez, Cairo.

He pointed out that the services that El-Fishawy Café is famous for are offered at the new branch. During the month of Ramadan, special suhoor meals and offers are also being provided.

Mazar Mall is located in the 16th Neighborhood of Sheikh Zayed. Its first phase was inaugurated last year.