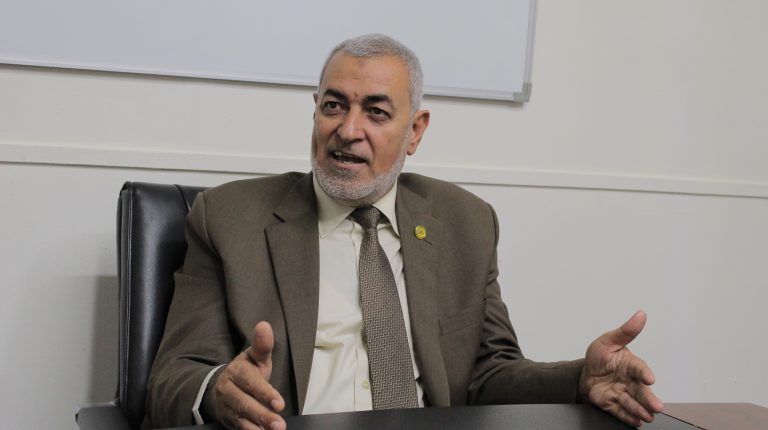 Mohamed El-Hammady, a member of parliament’s housing committee, said that the state’s success on the issue of slums requires laws that preserve them and demonstrate their usefulness. He criticised the inclusion of wastewater-irrigated lands in the rice cultivation law.

He noted that the New Urban Communities Authority (NUCA) is the body most capable of taking over and completing defaulting projects. Moreover, he pointed fingers at the entities accused of negligence in the recent rain crisis.

El-Hammady named the advantages of the new social housing law and revealed the truth of the problem with the Nation’s Future Party after its merging with the Support Egypt coalition.

Daily News Egypt sat down with El-Hammady for an interview, the transcript for which is below, lightly edited for clarity.

When are local elections set to take place?

They will take place in no less than a year from now, despite what is being said. They must be preceded by many procedures, such as the new elections law, which will take time. Parliament is expected to complete the local elections law in the current legislative session that will end in July. The bylaws will follow five months after the law is promulgated by a decree from the president.

But the talk about the corruption of localities upsets me. I worked there for many years and I know the suffering of the employees there, whose salaries are not enough to support basic life needs. This includes both employees and engineers alike.

What are the updates on the law of reconciliation regarding building violations? Why is there a delay?

Parliament agreed in principle on the draft law of reconciliation on building violations. The law includes an article that sets the violations’ costs, which are still under debate and consideration in the committee through the coming meetings. We aim to reach a final compromise formula on the determination of value and this is the concern of all members.

The delay is due to the link between the law and the definition of urban estate and the rental law, which took a great amount of time. I cannot punish a person for construction without firstly specifying the urban state areas, or it will be unjust.

Why did the urban estate issue take that long?

Because there is a big imbalance in the division of villages and cities. The identification of the borders of villages and towns was random. Hence, encroachment on agricultural land was always happening. I cannot set the boundaries of real estate without first offering an alternative.

Parliament approved the social housing law last week. What are its main advantages?

The legislation aims to facilitate obtaining social housing units through controls at the notary offices.

In addition, merging the Social Housing Fund and the Mortgage Finance Fund under one board aims to maximise their benefits for citizens.

It also aims to lend support to its beneficiaries and bans them from selling their units until they pay the full price within five years.

This law was a supplement to the old laws on social housing, but with the addition of a number of new articles that provide facilitations for citizens and guarantee the eligibility of citizens who are already eligible for state support.

There is a large housing gap between demand and supply. The state aims to solve that by offering social housing units among other projects.

The law provides social housing units for low-income citizens in different areas set by the Ministry of Housing and the NUCA and to provide land plots with a maximum area of 400 sqm and residential units of 120 sqm for middle-income citizens in new urban communities.

There will be criteria determined by the board of directors of the fund in coordination with the NUCA. The allocation will be only for the purpose of building residential units for those who have not benefited from similar initiatives or any national housing projects.

What are the updates on banning rice cultivation?

The problem with the decision is that there were lands irrigated by wastewater, which does not impact the fresh water available. Therefore, I submitted a briefing request to investigate this. The lands irrigated by wastewater have been granted approval to cultivate rice in Damietta, which will expand to new governorates in coordination between the Ministry of Agriculture and the Ministry of Irrigation.

Spending on sanitation is low since it saves billions of pounds that could be spent on hospitals and diseases, as well as the low production caused by increased number of patients. Every pound spent on sanitation saves EGP 100,000 on healthcare.

The state has an ambitious plan and the president has penned a strategy to cover 40% of Egypt’s sanitation network this year. This is great, but it should be done in parallel with maintaining the old networks. Taking interest in sanitation infrastructure will serve the economy, industry, and investment.

How do you evaluate the recent rain and climate change problems?

During the crisis, we held more than one meeting, presented briefings, and stressed the need to find the direct entity responsible for the problem, especially in New Cairo and the Ring Road. The committee recommended establishing stations in several places to be ready to remove rainwater, along with preparing the electricity network to keep power plants connected through diversifying the sources of electricity to these plants. Moreover, we recommended putting together a plan to discharge rainwater without the need for stations.

Officials should keep abreast of climate change and environmental data, especially since recent days have shown that the weather in Egypt has become volatile and the best evidence is that it rained in April, which never happened before.

A vision and a crisis management plan are put in place to provide all the necessary equipment and machinery to deal with the rains and floods, with regular maintenance of all drainage networks and treatment stations, even in summers, to be ready to face problems.

What happened in new cities and Ain Sokhna Road point to negligence that must be treated. And a plan to deal with natural disasters and crises in Egypt should be developed.

What happened with the old rental law?

It was not necessary to discuss the old rental law this way. There was nothing but a draft law, but it was discussed as an actual law.

The Supreme Constitutional Court issued a ruling against extending rental terms for purposes aside from residency without the approval of the owner. This ruling forced us as parliament members to change the old law. This will happen in the next few days. The old unrealistic low rent values might be increased within a grace period of no less than five years.

The current legislative session is nearing completion, but the committee will discuss the law. If we do not finish it before July, we will be discussing it in the coming session.

The law will satisfy everyone, including owners and tenants. We will not let anyone be harmed by it.

All rumours on the new law causing the eviction of tenants are untrue. We are only working to find a solution within the framework of the constitution and the law.

All parties, including those defending rights, were consulted, in addition to hearing a large number of representatives of the tenants.

Why did the new projects lack impact on real estate prices?

This is happening because of speculators and brokers who buy lands and units then raise their selling prices. In Damietta for example, the price hiked to EGP 27,000, which is unrealistic. Those are thieves.

We seek to solve this problem, first by creating a different system of concessions in such cases, and to prepare a law to control the work of brokers.

How do you support the apparent success on the slums issue?

The housing committee agreed to increase the financial allocations for the Slum Development Fund in the fiscal year 2018/2019 budget from EGP 3.5bn to EGP 15bn to complete the development of all slums across Egypt, not only in Cairo, which amount to 35 dangerous slums.

The Slum Development Fund was established in 2008 to develop slums but has only been this active since 2014.

The fund seeks to end dangerous slums by the end of 2019 and move residents to suitable houses in close areas.

The area of ​​Rawda al-Sayeda will be an alternative to Tal al-Aqarib area in Sayeda Zeinab—a close location, but much better housing conditions.

As an MP of the Nation’s Future Party, what is the story of your party’s merger with the Support Egypt coalition?

Now, the Support Egypt coalition found that the Nation’s Future Party is the closest to the state’s ideas, so they wanted to join the party. Now we have many experts that can be tasked with important roles in the party, with the approval of the party’s leader Ashraf Rashad.

There are rumours of disputes between party members and newcomers?

Not disputes, but the nature of things. For example, in Damietta, Osama El-Abd joined the party. His presence in such an entity should be appreciated, so he was given a position there. Those who were in that position before but lack expertise should have been removed.

I emphasise that all members of the party are working for the interest of the state.

If we think about what he wrote, we will understand very well that it is a pity for the youth of the party, who may not understand the necessity and usefulness of the party’s politicians. But I assure you that he is completely satisfied with all that is happening.