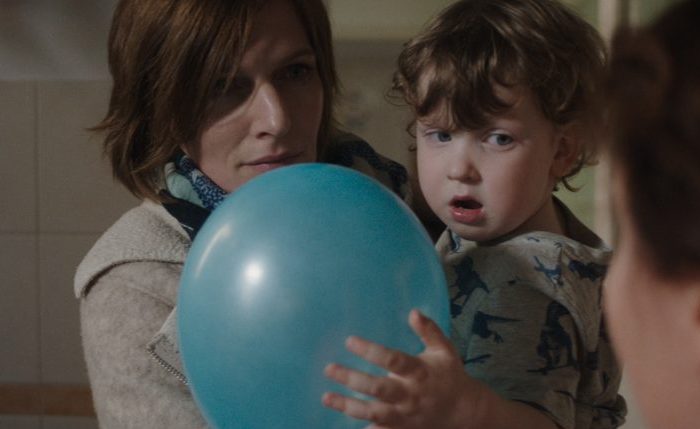 The jury praised the film, saying, “the precise camera work and the powerful mise-en-scène convey the extraordinary intensity and tension of an utterly ordinary situation with feeling, humour, and drama. A remarkably confident debut.”

One Day is her first feature. The film is produced by Partnersfilm Ltd in coproduction with Sparks, Filmpartners Ltd, Propclub, and the Hungarian Filmlab.

The film is about Anna, a mother of three, who is constantly running around—from work to the nursery, to school, to ballet, to fencing class. As if this wasn’t enough, she suspects that her husband is cheating on her. Her issues are hardly unique, but she simply has no time to stop and think them through. They build up relentlessly, threatening to crush her. Carrying on takes more energy than she has left.

“I wanted my female character to be something of a hero. I wanted her to have something to lose. She does what she believes is right, without veering off course. But going through just another day is a massive undertaking,” she said.

Written by the director, the story depicts the daily life of Anna, who is in her 40s. She is an Italian teacher with a husband, a flat, and constant financial issues. When it comes to money, every penny counts, and when it comes to time, so does every minute. But during the one day we follow of her life, her husband cheats on her. Though this is something out of the ordinary, it is not entirely unexpected, since the atmosphere at home has been uncomfortable for months. The danger of the fling looms over them all day, but it is too late to deflect it; there is no time. Anna faithfully tries to keep up, to remain on top of the day, and she tries not to let things slide, not to stop. When the incident occurs, what really happens is quite different from what she had been expecting.

Szilágyi graduated from the University of Pécs in 2002. She continued her education as a film and TV director at the Academy of Film and Drama of Budapest from 2002 to 2007. In 2011, she won the scholarship of Goethe Institut in Hamburg. She also worked in the casting of director Ildiko Enyedi’s Oscar nominated On Body and Soul. One Day is her first feature film and was selected at La Semaine de la Critique in 2018.

About the story of her film she said, “I have a very good friend who, when her children were young, wrote down her day-to-day schedule, upon my request,” adding, “it was split in 10-minute chunks. I thought it was obvious material for a film whose topic would be time, but also the inability of somebody to completely focus on a task, since it could never be longer than 15 minutes. It shows, from an intimate perspective, how difficult and beautiful it is to be a mother.”

“I wanted to show moments that you don’t usually see on film,” she said, elaborating, “when you read in a script [you often ask,] ‘they leave the house?’ How does that work when you have three children? I wanted to restore these details that are usually overlooked in films, for the purpose of dramatic tension. Time is of the essence for the couple I direct since they don’t have a lot of it. The time they have is usually part of the routine.”

The Hungarian filmmaker added, “my film is a matrimonial thriller. I wasn’t fully aware of it to start with. I needed a promising context to highlight these daily gestures that I wanted to convey by any means necessary. However, I didn’t know the fear that somebody who is not sure if her significant other is faithful could be fodder for a thriller.”