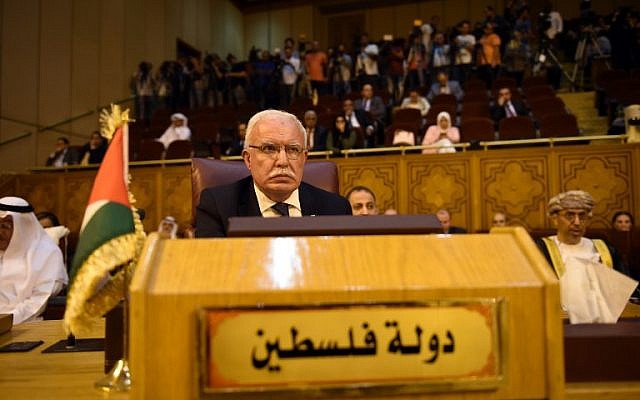 The Palestinian Authority (PA) asked on Tuesday the International Criminal Court (ICC) to open an immediate investigation into Israel’s “grave crimes” against Palestinians, saying the evidence is invincible.

Palestinian Foreign Minister Riad Malki said that he submitted a “referral” to the ICC to probe Israel’s alleged human rights violations against Palestinians in the West Bank, Gaza Strip, and East Jerusalem, especially the settlements policies and the recent bloodshed in Gaza that led to the killing of at least 60 Palestinians and injuring of more than 2,000.

The request sought an investigation into “Israel’s continuing crimes in the past, present, and future, specifically those concerning Israel’s illegitimate settlements system in the occupied Palestinian territories, including east Jerusalem.”

In response to the Palestinian move, Israel called into doubt the evidence Palestine is depending on, calling it “cynical” and the request “absurd.”

Israel urged the ICC to reject Palestine’s request, accusing Palestinians of “continuing to incite to acts of terrorism” and “exploiting women and children as human shields for violent attacks” against Israel.

Since 2015, the ICC has been conducting an initial investigation into alleged crimes committed by Israel against Palestinians including Israeli settlements policies and crimes allegedly committed by both sides in the Gaza conflict of 2014.

The Palestinian Authority formally joined the ICC in April 2015, a significant step that made the PA potentially able to hold Israel’s alleged war crimes accountable, but it also exposed Palestinian officials to the risk that they may also face charges. Israel is not an ICC member, but its citizens can be charged by the court if they are suspected of committing crimes against a nation that is a member.