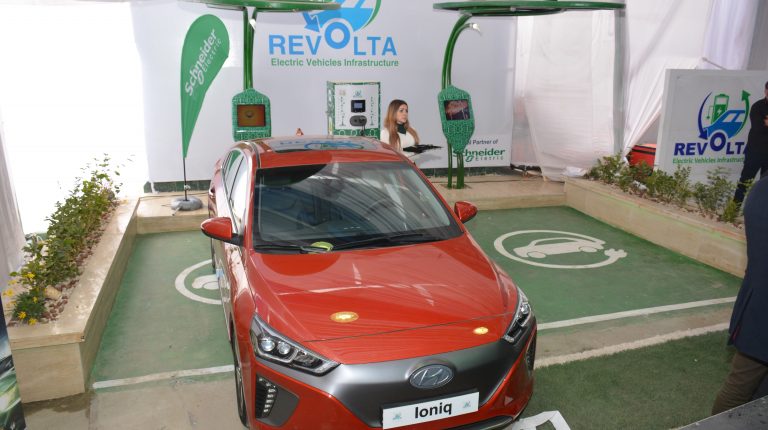 Revolta Egypt’s founder, Mohamed Mostafa, told Daily News Egypt that the company will be able to charge electric cars everywhere in Egypt by 2020.

He explained that the first phase of building electric vehicle charging stations started on 11 February 2018, with the first station on Cairo-Suez Road. The phase also includes establishing 65 stations in Cairo, Giza, Alexandria, Port Said, Ismailia, Suez, and the Red Sea at a total cost of EGP 60m. It will also see the entry of 1,000 electric cars to Egypt.

The second phase will begin in 2019, set to cover the Delta, followed by the third phase to cover Sinai and Upper Egypt. Collectively, there will be 300 stations covering most areas of Egypt.

Mostafa said the first batch of electric cars already arrived, but only for display in showrooms that the company will open on 1 June.

The first batch of cars for sale will be received after Eid Al-Fitr. It will include 25 cars, five new units and the rest used.

Revolta Egypt CEO Mohamed Badawi said that his company receives many communications from customers to reserve cars, but it is proceeding according to its schedule, which prevents it from allowing many cars on the road before completing the stations.

Badawi said that the demand for assembling electric cars in Egypt is promising but premature as the industry is only starting now.

He noted that assembling electric cars in Egypt would be pointless, given that electric cars are exempt from customs. Thus, the prices of locally assembled electric vehicles could be even higher than imported models.

He explained that the major carmakers will not establish assembly plants in Egypt, leaving the opportunity open only to Chinese companies, which, according to Badawi, have much lower quality cars at a similar price to their Korean and Japanese counterparts.

Yet, Badawi explained that feeding industries, such as batteries and cables, could be a solid opportunity for Egypt, noting that Revolta Egypt has a plan to invest in that sector beginning in 2019.The project will be in partnership with entities from Russia and Ukraine.

On a battery assembly plant, Badawi said that his company must wait and the see the number of cars on the road and the batteries to fit them to put together a major plant to produce the required batteries.

He noted that the company spoke with with the Bavarian Auto Group a few months back to discuss information on the locations of charging stations. Revolta also reached Volkswagen Egypt, which will launch its e-Golf in 2019, along with Nissan that will introduce its Leaf. Revolta is also in constant talks with Al-Futtaim Group and Mercedes, as well as GB Auto.