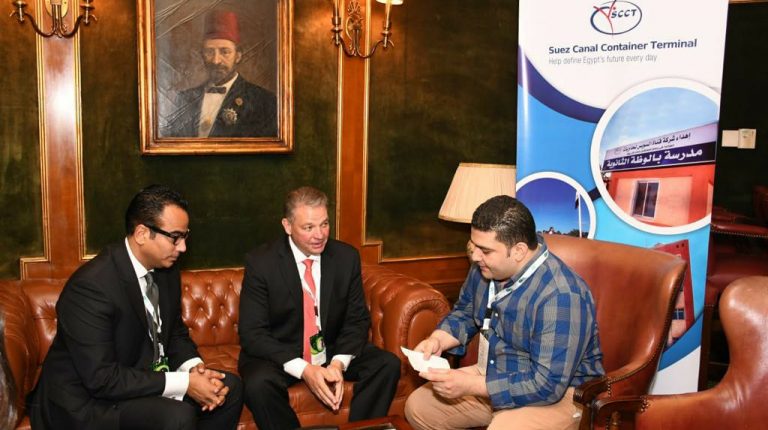 The Suez Canal Economic Zone (SCZone) is planning to globally be classified among the top players in logistics and marine services over the next few years.

Abdel Kader Darwish, deputy head of the SCZone, said that they are currently implementing major projects to establish bulk terminals, fuel stations, and logistics centres, as well as developing East Port Said and Ain Sokhna areas, which promises unprecedented levels of development in the next 10 years to compete with international trade hubs, such as the Singapore region and Jebel Ali.

Darwish expected 5 km of the port of East Al-Tafraia to be fully operational by 2028, in addition to further expectations to contract on over 60% of the 60 sqkm industrial zone.

The SCZone Authority is nearing a final agreement with the Armed Forces Engineering Authority to implement the infrastructure and constructions for 5 km in East Port Said Port, which will be offered to investors to implement various stations, including dry and liquid bulk, goods, containers, and bunkering.

He pointed out that the next 10 years, will witness higher rates of contracting for projects by up to about 40%, including increased operations. Container handling and transit rates will also grow.

Lars Chirstensen, CEO of Suez Canal Container Terminal (SCCT), said that the government has to activate investments based on the unique location of the Suez Canal to meet global standards.

Amr Shafey, head of France’s CMA CGM in Egypt, said that by 2028, Egypt will reap the fruits of the SCZone.

He pointed out that the steps taken in parallel with the establishment of the SCZone have been correct, including the floating of the pound in November 2016 and passage of the new Investment Law last year.

He said he expects the procedures to draw in more investments who would be able to calculate the projected profits in real terms.

He pointed out that the most important characteristics of the SCZone is its position.

A former navigation officer at the Suez Canal Authority and one of the planners of the new Suez Canal and SCZone projects, Mohamed Fawzy, said that the SCZone will become among the globally classified trade regions and a strong competitor in the Mediterranean by 2028.

He pointed to the need to strengthen and support the interest of investors in the ports of Ain Sokhna and Adabiya, south of the canal, and the West and East Port Said Ports to the north, will represent an opportunity to take advantage of global trade transiting the canal.