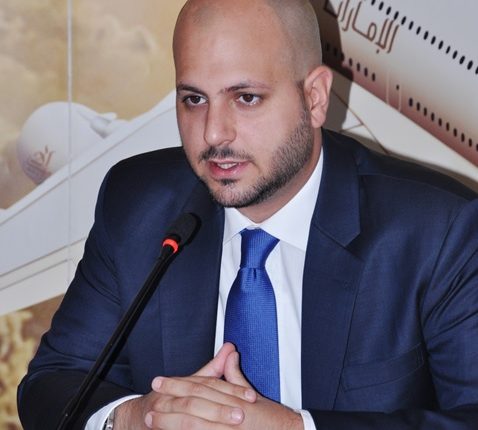 Thani Al Ansari, Egypt and Libya manager for commercial operations at Fly Emirates, told Daily News Egypt that his company is offering special packages to Egyptians who will travel to support their national football team at the FIFA World Cup Russia in June.

Al Ansari, added on the sidelines of the company’s suhoor event on Tuesday evening, that packages are reasonably priced and include travelling, internal transport, and hotel stays, noting that his company forged a new partnership with Fly Dubai to reach about six destinations in Russia, compared to the two Russian cities, Moscow and Saint Petersburg, that Fly Emirates operates in.

“All the Russian travel offers will be through travelling to the UAE as a transit point, so they will not be direct flights,” said Al Ansari.

Al Ansari mentioned that Fly Emirates will soon inaugurate a new passenger hall at Cairo International Airport in a special event, rejecting to disclose additional information such as the sum of investment and the hall’s capacity.

Meanwhile, Al Ansari noted that his company is focused on Cairo International Airport and is not considering operating in other Egyptian airports at the moment. However, relations with Egypt are strategic, he said, and Fly Emirates is very keen on boosting bilateral cooperation.

Al Ansari said that his company’s fleet is diverse and includes about 267 aeroplanes, adding that his company ordered 40 new Dreamliner Boeing 787 planes, which will be a valued addition to the fleet, along with another 36 planes ordered from Airbus.

Al Ansari noted that Boeing’s new planes will enter service in 2020, while the Airbus planes will gradually enter operation, adding, “we already have the largest Boeing and Airbus in the world”.

Airbus may stop A380 production as orders dry up

Cutting ties with Qatar is a sovereign right: Saudi-led coalition

Mechanisms of GCCEI yet to be declared, experts praise Al-Sisi’s speech on counterterrorism