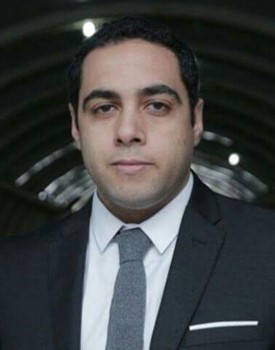 The I’m Trainee initiative targets training and qualifying more than 5,000 trainees by the end of its first year, according to Walid Khalil, founder of the initiative.

Khalil said, “the initiative has more than 2,000 enrolled applications and the numbers are growing by the minute. We are forced to handle applications as waves due to the mass number of applications. We will do our best, serving as much as we could.”

Khalil noted that right now there are about 20 big firms in the fields of pharmaceutical industry, marketing, real estate, pharmacies, and law firms that are served by the initiative.

He said he believes that by the end of current year, the number of companies may reach approximately 100 companies. In addition, the initiative targets expanding geographically in Egypt, as well as other Arab countries.

He elaborated that the advertising company 361 Degrees is the marketing company that most supported the initiative. Through it, I’m Trainee connected with others that were very supportive, such as Auto Samir Rayan, Normandy Pharmacies, Fekra House, RMG Real Estate, and Zoser Pharm, among others.

“The fields with most demand for trainees are graphic design, programming, marketing, and media,” explained Khalil. “The initiative is self-financed by the four co-founders for the time being, and our service is for free. However, in the future, we might accept sponsors.”

I’m Trainee was founded to addresses the gap between the employment market and education. The initiative plays a role in supporting students in gaining such experiences in the fields they love, not the fields they study, also providing the same service for everyone who wants to shift careers and learn more about other fields.