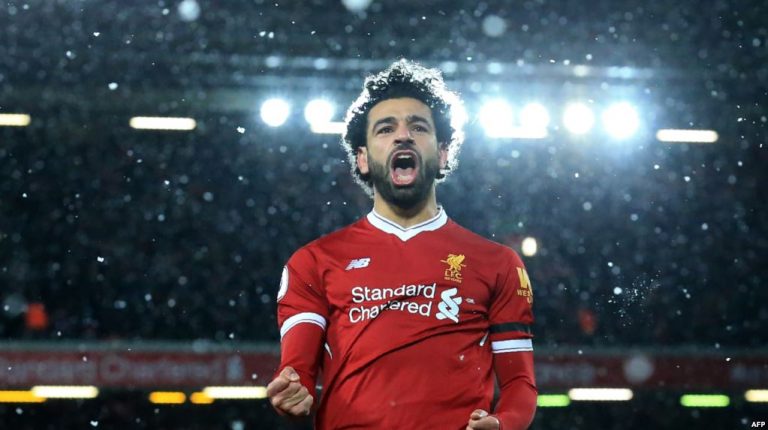 Real Madrid are set to face Liverpool in the UEFA Champions League final in Kiev, Ukraine on Saturday. Despite the great popularity of the Spanish team in the Middle East, the presence of the legendary winger Mohamed Salah on the English side has gained the Reds great sympathy among Arab fans, particularly Egyptians.

Everyone anticipates an exciting clash between Liverpool’s star Salah and Real Madrid’s Cristiano Ronaldo, as the two players have presented a stunning season with their clubs in both local and continental competitions. The winning of the UEFA Champions League title will enhance the chances of one of them winning the FIFA Ballon d’Or award, presented annually to the world’s best male football player.

Real Madrid aims to make history through winning their third consecutive UEFA Champions League title and the fourth in the last five years. Meanwhile, Liverpool hope to recover their former glory as they failed to win the title in the last 13 years.

Spanish and English media have nominated Salah and Ronaldo to win the Ballon d’Or award after their impressive performance in all competitions this season. Salah has won a total of 35 individual awards in his debut season with Liverpool. Ronaldo is always a major nominee for European and international awards.

On the other hand, Salah and Ronaldo will lead the Egyptian and Portuguese national teams, holding their fans’ dreams to go far in the FIFA World Cup hosted by Russia in June.

In the final draw of the 2018 World Cup held last December in Moscow, the Portuguese national football team was placed in Group B along with Spain, Morocco, and Iran, while Egypt will face Saudi Arabia, Russia, and Uruguay in Group A. Egypt and Portugal are predicted to qualify to the Round of 16 of the tournament.

The fans of Liverpool and Real Madrid have great hopes that their stars Salah and Ronaldo can save the season with the precious European title after both teams failed to win any of the local tournaments.

The UEFA Champions League has long witnessed impressive records achieved by great coaches and players.
Italian coach Carlo Ancelotti holds the record of winning the UEFA Champions League thrice (twice with Milan and once with Real Madrid) and reaching four of the competition’s finals. He is one of only two managers to have won the UEFA European Cup three times, alongside legendary Liverpool coach Bob Paisely.

Real Madrid also holds the record of most consecutive final appearances in the Champions League, five, from 1956 to 1960.

Only five managers have won the European title with two different clubs: Ernst Happel with Feyenoord in 1970 and Hamburg in 1983, Ottmar Hitzfeld with Borussia Dortmund in 1997 and Bayern Munich in 2001, José Mourinho with Porto in 2004 and Internazionale in 2010, Jupp Heynckes with Real Madrid in 1998 and Bayern Munich in 2013, and Carlo Ancelotti with Milan in 2003 and 2007, and Real Madrid in 2014.