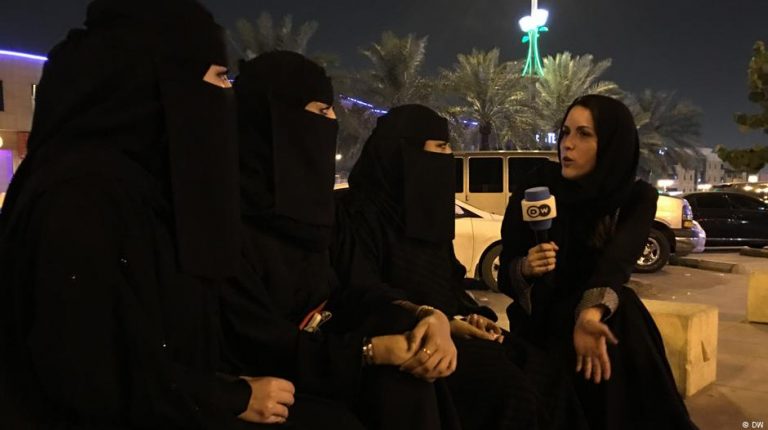 Saudi Arabia has detained several rights activists without explanation as the kingdom is set to allow women to drive. Before her unexpected detention, one longtime activist spoke with DW’s Fanny Facsar in Riyadh.Update: Saudi authorities have released four detained activists in custody since last week but arrested another one, pressing ahead with a sweeping crackdown just a month before the kingdom lifts its ban on women drivers. Campaigners from international human rights organization Amnesty International confirmed the developments on Friday.

Prior to the unexpected detentions, one of the activists, Madeha Alajroush, invited Deutsche Welle to Riyadh to discuss her hopes of her native country finally opening up. Below is DW international correspondent Fanny Facsar’s report of the meeting.

Welcoming us warmly with Saudi dates and fresh lemonade, Madeha Alajroush beckons us into her Riyadh home. Since she started to fight for women’s rights in Saudi Arabia three decades ago, she has spoken to countless journalists and activists – but she shares her perspective with such verve that we feel as if we are the first television team ever to enter her house.

With a big smile, she asks: “So, how do you like Saudi Arabia so far?” I tell her it’s quite fascinating to see how euphoric people seem about envisioned reforms. “Yes, there are a lot of things changing. And Riyadh feels much lighter now,” Alajroush responds. While the camera is set up, my eyes wander around the living room. The walls are decorated with photographs of Saudi women. In addition to her activism, Alajroush is also a keen photographer as well as a psychotherapist – but during our meeting the focus was entirely on the kingdom’s “Vision 2030,” the cornerstone of which is to “diversify the economy” and to introduce a more “moderate” form of Islam.

“Finally, I am celebrating,” the longtime activist declares as we began our conversation. With a sigh of relief, she tells us: “My daughter did not believe that anything is going to change in this country. But now she decided to stay in Saudi Arabia and work on this vision.”

Now in her mid-60s, Alajroush speaks with eloquence, flair and self-confidence. That alone is refreshing in a country where most women I tried to talk to were camera-shy or directed me to their male guardian, suggesting I should talk to them instead.

But Alajroush has a long track record of making her ideas known – it was all the way back in 1990 that she took to the road in defiance of a driving ban for women. As a result she had to endure harassment by authorities for years and was fired from her job, but she never stopped advocating for women’s equal rights.

“Our way of life was not sustainable: you could not have economic growth when 50 percent of the society is handicapped. I knew change is coming, the question was only when. For 30 years we were waiting for the when,” says Alajroush. The longtime activist’s efforts were not in vain. Almost three decades later, the driving ban is finally about to be lifted. June 24 is the much-anticipated date when women will legally be allowed to drive, but what will happen on that day remains unclear in light of the recent crackdowns.

Prior to the activists’ release the government refused to comment where they were and what would happen to them; it refused even to confirm the names of those arrested.

The pro-government media quickly constructed a narrative accusing the detained of being traitors and of belonging to a spy cell. During their detention, I inquired about their whereabouts and got nothing but dead ends. One Saudi official told me to contact the interior ministry but that I should not expect any comment. Indeed, the ministry refused to offer any response whatsoever.

Even on Friday after the release there was no immediate comment from Saudi officials, and the terms of their release have not been made public.

One Saudi activist in exile in the US, who spoke on condition of anonymity, told me upon the activists’ detention that “these arrests send a chilling message to those who thought change is possible in Saudi Arabia. The PR campaign in Saudi Arabia worked really well. Even some Saudi activists believed it. The charm offensive of the crown prince worked.”

The exiled activist is referring to Saudi Crown Prince Mohammad bin Salman (widely known as MBS), who has recently worked to cultivate an image of his country as progressive and welcoming, and has made minor overtures toward granting women equal rights in the kingdom.

It certainly worked with Alajroush: she repeatedly underlined how courageous MBS is for addressing issues like the driving ban and vowing more opportunities for women.

However, just like the other activists, the elder stateswoman of the Saudi equal rights movement made one thing clear: Saudi women activists do not simply want more rights in the kingdom. Rather, their goal is to guarantee that women are equal before the law and enjoy the same rights and freedoms as men. As our interview came to an end, she shared what must happen next, after the driving ban is lifted: “The major issue that we are struggling with is the guardianship. Women are really prisoners. [A woman] is seen as a child. She doesn’t have control over her life when it comes to guardianship.”

I didn’t hear Alajroush openly criticize the kingdom. She knew exactly the boundaries within which she could express herself – yet the Saudi government still refuses to make clear what boundaries she allegedly crossed that led to her detention.