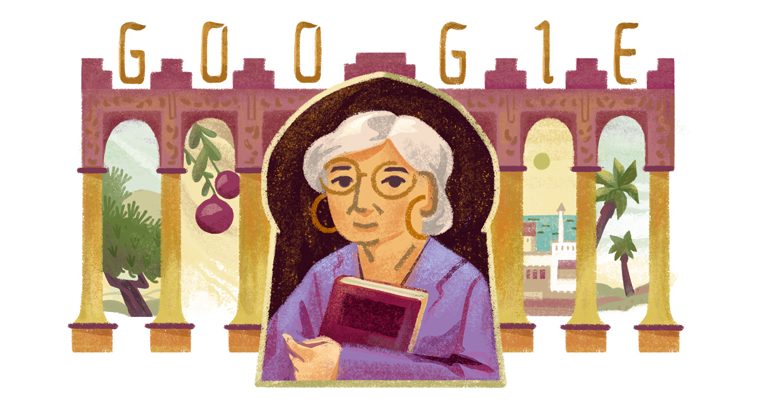 Google celebrated the 72nd birthday of the late prominent author Radwa Ashour through a doodle on the search giant’s homepage.

Featuring a cartoon of Ashour tightly clutching her book to her chest, with scenes from her novels behind her, Google commemorated the distinguished novelist’s birthday.

Ashour was born on 26 May 1946. She is the wife and mother of famous Palestinian poets Mourid and Tamim Al-Barghouti respectively.

Google revived the memory of Ashour, showing the impact she has made in the field of literature.

“Can you believe what you can’t see? With the help of imaginative minds like acclaimed Egyptian author and professor Radwa Ashour, millions of readers have been able visit new places without leaving their chair,” the statement read.

Ashour graduated from the Faculty of Arts before she received her master’s degree and doctorate from the University of Massachusetts – Amherst.

Throughout her writing career, Ashour enriched the world of novels with more than 15 books. Her most famous one is the Granada Trilogy, in which she explored the rise and fall of Arab civilisation in Spain. She won the 2007 Constantine Cavafy Prize for Literature.

As a literature professor at Ain Shams University, Ashour was known for standing against corruption. She was also known for her strong support for the young generations that led the 25 January 2011 revolution.

Ashour fought a long battle against brain cancer. She documented part of it in two of her books—“Athkal Men Radwa” (Heavier Than Radwa) was the most famous of them.

Ashour lost her battle against cancer and died on 30 November 2014.