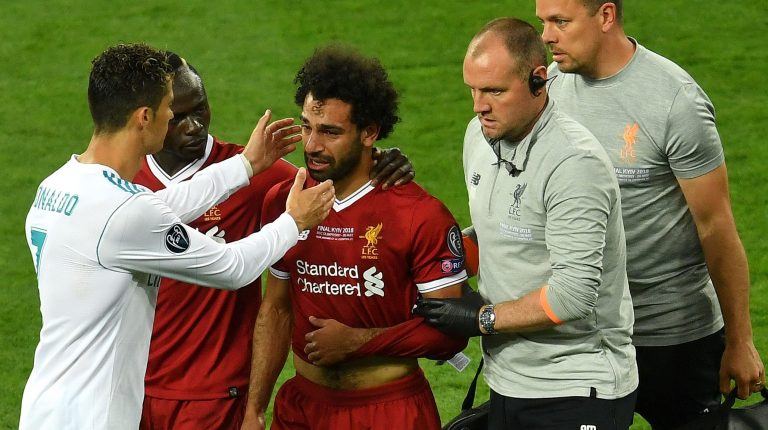 The most prominent moment in the final game was Salah in tears as he left the Olimpiyskiy National Sports Complex, suffering an injury that resulted from a harsh clash with Madrid defender Sergio Ramos. Both players had struggled for the ball when the Egyptian’s arm became locked in his opponent’s and the pair fell to the ground.

After the match, Liverpool’s coach Jurgen Klopp said “it was very bad for Mo, very bad for us, very bad for Egypt. That’s part of the sport I don’t like, but things like this can happen.”

Salah underwent an x-ray examination, which showed that the injury was a ligament damage. However, Liverpool has not yet announced how much time it will take for Salah to play again.

Millions of Egyptians heavily criticised Ramos via social media for his role in the injury, amid calls for imposing an administrative penalty.

Salah is a milestone player in the Egyptian team and contributed to its qualification to the World Cup. All World Cup-qualified nations must submit their final 23-man squad on 4 June, but it remains unclear if Salah will be on the pitch.

The Egyptian national team’s doctor, Mohamed Abou Al-Ela, said in a statement that, according to information from Liverpool’s medical staff, he is optimistic Salah will still feature in the World Cup.

In the final draw of the 2018 World Cup held last December in Moscow, Egypt was placed in Group A along with Saudi Arabia, Uruguay, and host Russia. Egypt’s first match in the world tournament will be on 15 June.