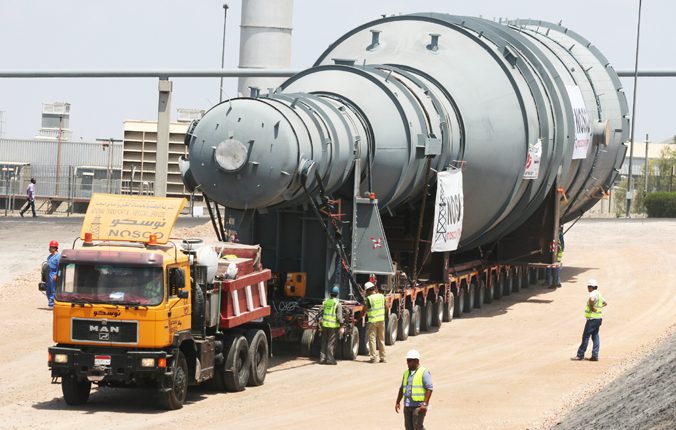 The National Transport and Overseas Services Co (NOSCO) plans to establish logistics centres and storages at the Suez Canal Economic Zone (SCZone) in the coming period.

Mohamed Mazen Nadim, NOSCO general manager, said that the SCZone project is a great opportunity for investment that the company must consider.

He told Daily News Egypt that the company plans to expand in new activities, including storage, since the company has a license for storage in the ports of the Mediterranean.

He explained that the NOSCO has prepared an investment plan to develop its transport of the company, refusing to disclose the investments allocated for it.

He added that the company is currently negotiating with local and foreign companies in the fields of electricity and oil to discuss aspects of cooperation during the coming period.

He denied the possibility of the NOSCO’s expansion at the regional level.

He pointed out that the company is considering participating in the projects of Walidiya and Hamrawein power plants, as well as the converter stations at Oyun Musa (Moses Spring).

He pointed out that the NOSCO is seeking to participate in the Breakbulk Europe exhibition this year to promote its business and learn the latest global market updates.

He called for the need to apply a unified tariff for road and bridge tolls to attract more investment in the sector.

Established in the 1990s, the NOSCO is now one of the three largest heavy transportation companies in Egypt. It worked on several major projects in the past few years, including the largest ammonia plant in Ain Sokhna in collaboration with Orascom Construction. During that project, the company transported about 100 freight tonnes of heavy equipment. The company also transported the Ramesses II statue to the Grand Egyptian Museum in Giza with Arab Contractors. Additionally, the company carried out the transportation tasks for the MIDOR refinery in Borg El Arab in Alexandria, moving 250,000 freight tonnes.

In a related context, he said that investment in the Egyptian market is very attractive, especially after the economic reform measures taken by the government in recent years.

He said the decisions announced by the president since the economic summit in 2015 led to the creation of the investment climate in Egypt and made it a promising market.

8 banks participate in financing of ‘Boshret Kheir’ for SMEs