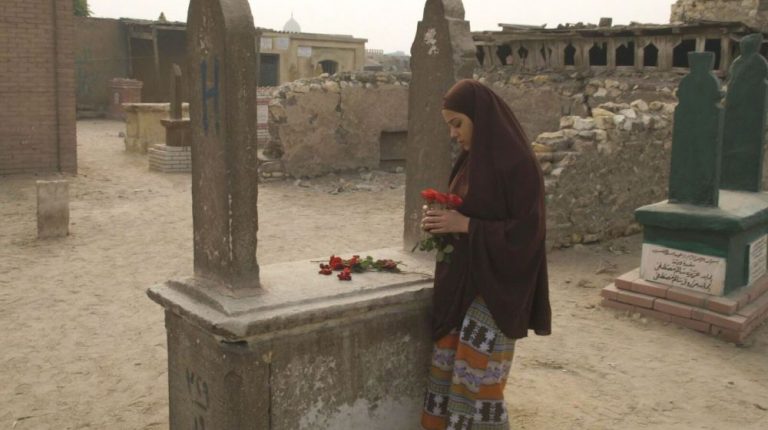 The film, which was written and directed by Ahmed Fawzi Saleh, was screened at the festival’s Bright Future section. The section follows the work of emerging film talent worldwide.

Poisonous Roses is Saleh’s first feature film. It stars Mahmoud Hemida and Merihan Magdi, and follows the life of Saqr, who seeks “to flee from the grubby Egyptian tanners’ district where he lives and works,” according to the IFFR description.

Among the dried skins and punch-drunk mules, a shaman silently watches from his improvised throne. He is to help Taheya with an occult solution in this intriguing, skittish portrait of poverty in today’s Egypt. The film shows phenomenal shots of the towering scaffolding of a glue factory, juxtaposed with moving scenes in which the everlasting love between brothers and sisters prevails.

A graduate from the Higher Institute of Cinema’s screenwriting department, Saleh is a screenwriter, filmmaker, and human rights activist.

Daily News Egypt interviewed Fawzi to learn more about the inspiration behind the film, the process of shooting, and what challenges the team faced making it. The exchange follows, lightly edited for clarity. 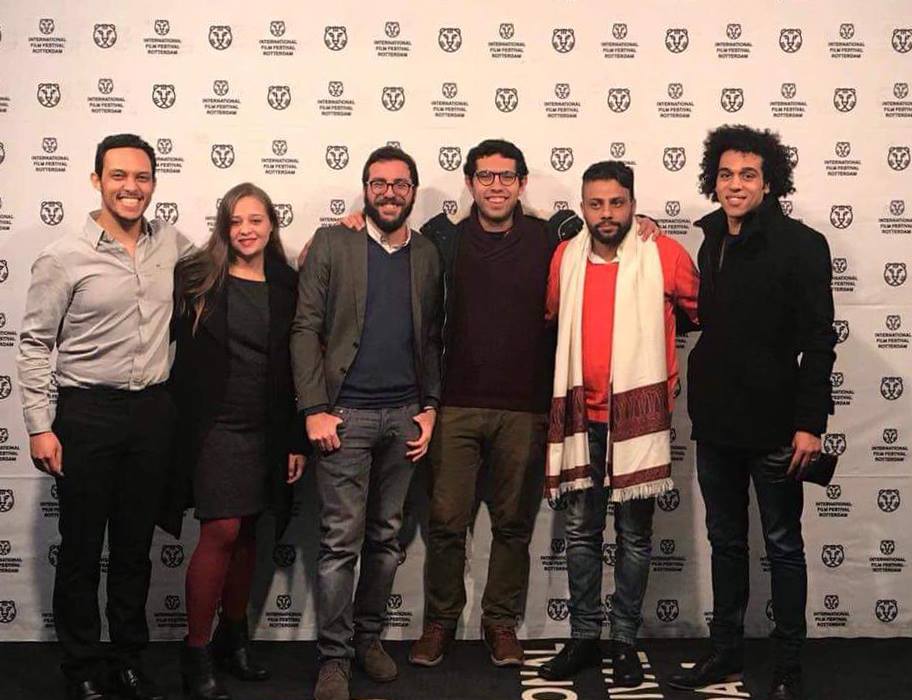 The film is visually rich, with lots of effort and details given to the cinematography which made the story engaging and visually appealing to viewers. However, would you agree with the classic criticism that the visuals overwhelmed the drama in the film?

No I do not agree with that part. I believe that the film is a new step in Egyptian cinema, which goes outside the norm and what is constant. In Egyptian cinema, all hail and glory to the story. Modern cinema worldwide is aiming to get rid of this, as in fact visuals and pictures tell a story, in an indirect way. Pictures can tell stories, outside of the mundane and complicated manner. For example, there is the example of Khairy Beshara’s Yom Helw w Yom Mor (A Sweet Day and a Sour Day, 1988). That film, which is very dear to my heart, has no epic dramatic story, but nevertheless tells a story in a decent way.

The film does not necessarily tell the story in a direct manner and does not give the information in one moment. It first presents the characters, and then slowly reveals the plot. As we watch, we are anxious, as we want to know the nature of relations between the characters. Step by step, this becomes apparent, and our assumptions are either confirmed or refuted. So the viewer is active with the film. This is rare in Egyptian cinema, where information is presented on a plate.

So that means that you used the visuals to tell the story?

The thrill is in the details of the characters. At first we had this fear that the audience might leave the screening early, but this was not the case. The screenings we had in the International Rotterdam Film Festival were  successful, whether the press or the public screenings.

The visual is important, and fascination with the visual artistic composition is a priority to myself and is as important as the story. I hope that I am engraving something for myself.

It can tell the story, and the emotions, of the daily lives these people are living. It was obvious that I mixed fiction with documentary to create a “a cinematic reality” not a reality.

The film shows the daily life of people, and is a celebration of people and their work, and how they value life and the value of labour. I didn’t show women as sex workers, nor were the men bandits, burglars, or drug addicts. The stereotypes which were are used to digesting when it comes to working class areas is confronted in the film.

Which novel was the film based on and when did you decide to turn it to a film? Was this your graduation project at the Higher Institute of Cinema?

The film is based on  Ahmed Zaghloul Al-Shiti’s 1990 novel Saqr’s Poisonous Roses. I started to think about transforming that novel to a film since my teenage years, probably when I was 15. I was so moved when I read it, as it is a romantic story. It is set in the 1980s, and has a different storyline than the script of the film. I managed to retell the human experience, the emotions of the female character, Taheya. In the novel, Taheya is a vendor in a patisserie shop who lives in Damietta in the 1980s, but in the film she is a hygiene worker who lives in Cairo in the 2000s.

The novel is about what we can call “the forbidden love” between a poor young man and a wealthy woman, and this love fails so the man ends up committing suicide. Meanwhile, in the novel, the young man is trying to flee a “hellish” place. And the female character in the film is trying to convince him to stay. The novel was written in a very cinematic way, as it describes the suicide of the man from the points of view of four different characters. And the interesting part is that other people can work on it to make it a film. So not because Ahmed Fawzi made a film, then that is it.

I started studying at the Higher Institute of Cinema in 2005, and this was my scriptwriting thesis graduation project. Also, I managed to keep developing the script until I made the film. I graduated in 2009, and started making it in 2012. Shooting started in 2014, and ended in 2015. Since then I spent all this time on the editing and the postproduction,

In your script, how was the character of Mahmoud Hemida written? How was it tailored?

He plays a mysterious character, to the extent that we don’t know if he exists for real or not. His appearance is stranger than that of the other people in the neighbourhood. He does not look like them. He appears at times and disappears at others. I am fascinated with popular folklore and tales, whether they are Egyptian, Arab, or international. I am trying to make a popular film for the masses. That does not mean that there should be a machoman character that beats the bad guys. The folk film resorts to the folk fiction and imagination. In the film I managed to depend on this in the story and the visuals, and this is what I talked about before; the film is presenting something new.

What was your strategy in shooting the film?

Before shooting we did some technical recces [reconnaissances visits to the filming locations], where we created a visually well-crafted storyboard. This is how we rehearsed the scenes. We shot it as practice then we showed it to the actors, and it was revised by the director, director of photography, and producer. After that, we shot the scene. Sometimes we stopped due to financial problems or if we were awaiting funding from a certain place.

Were there any challenges shooting in a working class area of the tanneries that lie in the heart of Old Cairo?

I had connections in the area, and I love the place and the people there. There was great help from the residents and the shop owners. They managed to turn the place into a studio. We would not have shot a single scene if we had not had their consent. Several of them played a part in the film, which is why their names are on the credits as they exerted a lot of effort, opened their shops, and welcomed the film’s team. And there were instances where we stopped shooting for two or three months, and then we returned and asked them to have the same set up as we previously left it.

If you mute the sound in the film, you can imagine that it is taking place in Brazil or Argentina or any place. It is a humane story.