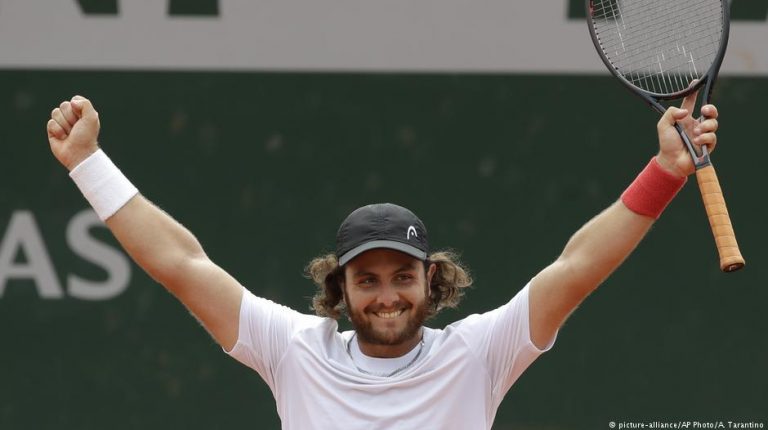 World number 190 Marco Trungelliti has upset Bernard Tomic, defeating the Australian in four sets. The Argentine “lucky loser” took to the court just 11 hours after driving up to Roland Garros from his Barcelona home.Argentine tennis player Marco Trungelliti had already returned to his base in Barcelona after losing in last week's French Open qualifying rounds in the French capital, Paris.

However, a series of withdrawals presented him with a possible window to re-enter the tournament.

Nick Kyrgios was initially set to play fellow Australian Bernard Tomic in Monday's opening round at Roland Garros, but was forced to pull out with an elbow injury the evening before.

Egypt's Mohamed Safwat was the seventh lucky loser, but he had already gone down in straight sets to Grigor Dimitrov, while the next-in-line, Prajnesh Gunneswaran of India, had already returned to Italy for a Challenger Tour event.

With no qualifying losers left in Paris to play, Trungelliti took a chance and embarked on a marathon road trip back to Paris with his mother, grandmother and brother.

Trungelliti explained: "My coach told me, 'Take a look, Safwat, the Egyptian who played yesterday, he's playing right now, so maybe take a look. Ask if you are going to get in or whatever.'"

"So I ask, and then somebody told me that it was the first alternate," he added. "My grandma was in the shower and I told her, 'okay, we go to Paris.'"

Arriving in Paris just before midnight on Sunday, the Argentine world number 190 was told by the Ronald Garros organizers that he had done enough to secure a spot in the first knock-out round against the former world number 17, Bernard Tomic.

After the match, Trungelliti was quick to dismiss any suggestions that the nine-hour drive could have had an impact on his game. "For us, I mean, in Argentina, if you're not living in Buenos Aires, then 1,000km is like nothing," he said. "You make 1,000 km and there is no city between. So it wasn't a big deal for us."

Trungelliti will now face world number 72 Marco Cecchinato of Italy in the second round.

The Argentine will also benefit from a new rule change for defeated qualifiers at the French Open. Now, if a player withdraws with injury before their scheduled first-round match, they still receive half the prize money while the lucky loser takes the other half. It means that Trungelliti's trip to France had already made him an extra €58,000 ($67,000) in prize money/