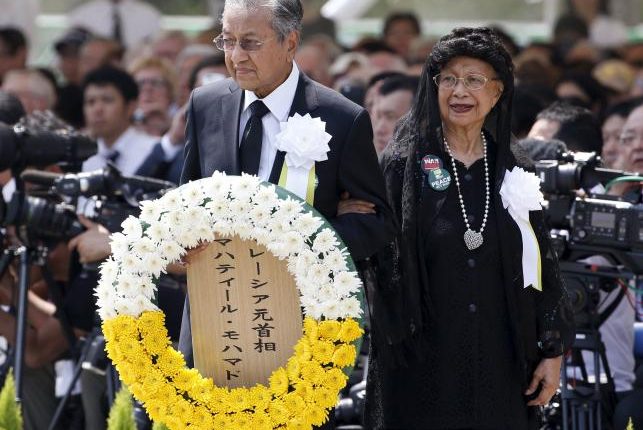 Malaysia’s veteran ex-leader Mahathir Mohamad, 92, won on 10 May a historic election victory against Najib Razak, becoming the oldest prime minister in the world.

Mahathir held the post of prime minister from 1981 to 2003. He played an important role in improving the country’s economy and was known as a champion of developing nations.

He won five consecutive elections and served for 22 years, longer than any other prime minister in Malaysia’s history.

Malaysia experienced rapid economic growth through privatising government enterprises, including airlines, utilities, and telecommunications, which raised money for the government and improved working conditions for many employees.

One of his most significant infrastructure projects was the North-South Expressway, a highway that runs from the Thai border to Singapore. Mahathir had a significant impact on the economy, culture, and government of Malaysia.

From 1988 to 1996, Malaysia witnessed an 8% economic expansion, and Mahathir released an economic plan—The Way Forward, or Vision 2020—asserting that the country would be a fully developed nation by 2020.

He helped shift the country’s economic base away from agriculture and natural resources and toward manufacturing and exporting, and the country’s per capita income doubled from 1990 to 1996. Although Malaysia’s growth has slowed and it is unlikely to achieve the 2020 goal, the economy remains stable.

His family was modest but stable, and his father was a respected teacher at an English language school.

Mahathir Mohamad was born in 1925 in Alor Setar, Malaysia. He was a doctor before becoming a politician with the United Malays National Organisation (UMNO) party and ascended quickly from member of parliament to prime minister. But he also imposed harsh restrictions on civil liberties and resigned office in 2003.

Mahathir joined the UMNO at the age of 21 and ran a medical practice for seven years in his home state of Kedah before becoming a member of parliament in 1964.

In 1969, he lost his seat and was expelled from the party after writing an open letter attacking the then-prime minister Tunku Abdul Rahman.

He later wrote a controversial book titled The Malay Dilemma. In it, he argued that the country’s Malay population had been marginalised, but also castigated them for apathetically accepting a second-class status.

It struck a chord with younger UMNO leaders and he was invited back into the party, re-elected to parliament in 1974, and appointed minister of education. Within four years, he had become the UMNO’s deputy leader and, in 1981, he became prime minister.