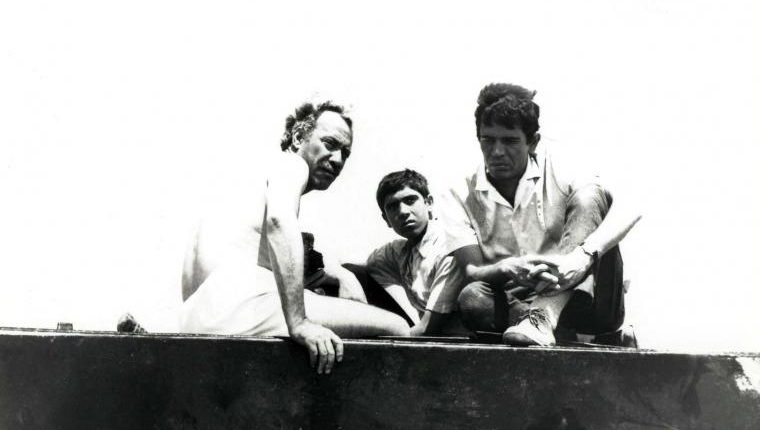 The Dupes, a film by Egyptian director Tawfiq Saleh will be screened on 3 June at the Palestinian Film (Festival Ciné-Palestine), as part of commemorating the Nakba.

The Dupes is a stark, beautifully photographed black and white film, tracing the destinies of three Palestinian refugees brought together by dispossession, despair, and hope for a better future. The setting is Iraq in the 1950s and the protagonists, concealed in the steel tank of a truck, are trying to make their way across the border into Kuwait, the “promised land.”

A masterful adaptation of Ghassan Kanafani’s acclaimed novella, Men in the Sun, The Dupes is also one of the first Arab films to address the Palestinian predicament.

The director of seven shorts and seven full-length feature films, Saleh graduated in 1949 with a degree English literature and was trained in cinema in Paris until 1951. Saleh’s oeuvre is the only one in Egyptian cinema, which may be considered purely “third worldist”. All his films deal with social injustice, underdevelopment, political abuse, and the class struggle.