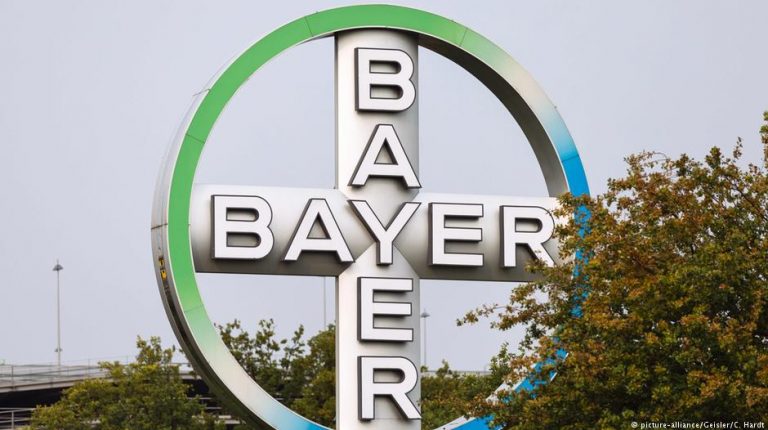 German pharma giant Bayer has won approval from the US Justice Department for its planned $62.5 billion takeover of Monsanto. Under the deal, Bayer will be required to carry out largest divestiture in US history.German pharmaceutical giant Bayer cleared a major hurdle in its planned $62.5 billion (€54 billion) takeover of US agrochemical company Monsanto after the US Justice Department on Tuesday approved the deal, albeit under very strict conditions.

As part of Bayer’s agreement with US antitrust enforcers, the German firm will be required to divest some $9 billion in assets. Regulators said they directed Bayer to sell off its entire cotton, canola, soybean and vegetable seeds businesses, as well as its digital farming business. It will also sell its Liberty herbicide, which competes directly with Monsanto’s product RoundUp.

Those assets are set to be sold to Bayer’s German chemical rival BASF.

Read more: Glyphosate: The key points in an endless debate

Makan Delrahim, who heads the Justice Department’s Antitrust Division, said that Bayer’s asset sales were the “largest ever divestiture ever required by the United States.”

The US government’s conditions will resolve regulator’s fears that the original deal would hamper competition to detriment of both farmers and end consumers. America’s farm system is of critical importance to our economy, to our food system, and to our way of life,” Delrahim said. “American farmers and consumers rely on head-to-head competition between Bayer and Monsanto.”

Following Tuesday’s decision in Washington, Bayer CEO Werner Baumann said in a brief statement: “Receipt of the DOJ’s approval brings us close to our goal of creating a leading company in agriculture.”

Some 20 months after talks of a deal started, Bayer said it now expects its Monsanto deal to wrap up in the coming days, once the planned sales to BASF have been completed. The merger is set to create the world’s largest supplier of seeds and agrochemicals.

The German firm’s agreement with the Justice Department reflects a similar deal Bayer struck with European antitrust regulators back in March. Bayer has already agreed to the European Commission’s order to sell off its seed and crop chemicals activities, which boasts annual revenues of around €2.2 billion euros, to BASF for €7.6 billion.

Brazil and Russia have also approved the takeover. Aside from the United States, Bayer still needs clearance in Canada and Mexico.

However, should Bayer fail to close the takeover deal by June 14, Monsanto would be allowed to withdraw from the agreement and seek a higher price.

The Bayer-Monsanto merger has been scorned by environmentalists and other aid organizations that fear the deal gives the world’s biggest manufacturers too much market power. Monsanto has also long been heavily criticized for its genetically altered produce and use of the pesticide glyphosate in its RoundUp weedkiller, which several health bodies have identified as a carcinogen despite the US firm insisting otherwise. The EU in November approved an extension to glyphosate’s usage license in Europe, against France’s wishes and reportedly after pressure from Germany.