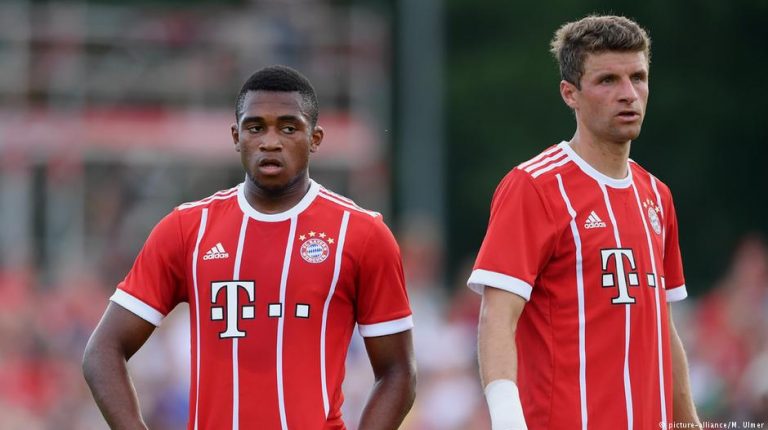 They may be Germany’s biggest club but Bayern Munich have been reluctant to compete at the top end of the transfer market in recent years. The champions are instead investing in the long-term and hoping that bears fruit.For a club consistently found at the business end of the Champions League, with a global profile matched by few others, Bayern Munich don't like to spend too big.

The Bavarian giants broke both their own and the Bundesliga's transfer record last summer to sign Corentin Tolisso. But the €41.5 million they paid for the French midfielder is only 69th on Transfermarkt's list of the world's priciest moves.

It's also a sum Liverpool have already surpassed twice for a pair of incoming midfielders – Naby Keita and Fabinho- as they look to improve on a campaign that ended with Champions League final defeat to Real Madrid on Saturday.

Though Bayern have been linked with Gareth Bale since the Welshman's comments after his match-winning display in the final, CEO Karl-Heinz Rummenigge insisted earlier this month that:

"We won't make any €100m transfers. We don't think that's necessary. We will go into the new season with this squad and will see what Niko Kovac makes of it."

In addition to fine tuning from their new boss, Bayern are increasingly looking to their youth system, according to Jochen Sauer, head of the Bayern Campus, which opened last year at a cost of €70 million.

"We are not starting from scratch," Sauer told news agency DPA. "We have one or two talents that could make the professional squad. It doesn't need to take three or four years."

The facility, situated just three kilometers from the Allianz Arena, contains living quarters, training facilities, eight football pitches and a stadium. Bayern's plan to continue competing with the sums splashed out by the likes of Paris Saint-Germain, Barcelona and several Premier League clubs hinges, to some extent, on their success in bringing through young talent.

"I think you can spend a relative lot of money here which is only a fraction of what you have to spend in the transfer market. There is a belief that the campus is the right way," said Bayern president Uli Hoeness when the campus was opened.

While the belief may be there, finding and developing players good enough to make it at a club like Bayern is difficult. While David Alaba came to the club as a teenager and rose through the youth sides, only Thomas Müller (top) of the current first team squad can be considered truly homegrown. Sandro Wagner and Mats Hummels also both came through the ranks at Bayern before making their names elsewhere and returning.

Goalkeeper Ron-Thorben Hoffmann and outfield players Lukas Mai, Meritan Shabani and Franck Evina (top picture, with Müller) are among the brightest prospects in Bayern's current crop, and the latter three all got a taste of first team action last season under Jupp Heynckes.

But with the stakes so high for the German champions, at least until the point where they wrap up the title, it remains to be seen whether the faith in youth will translate from the board room to the pitch.