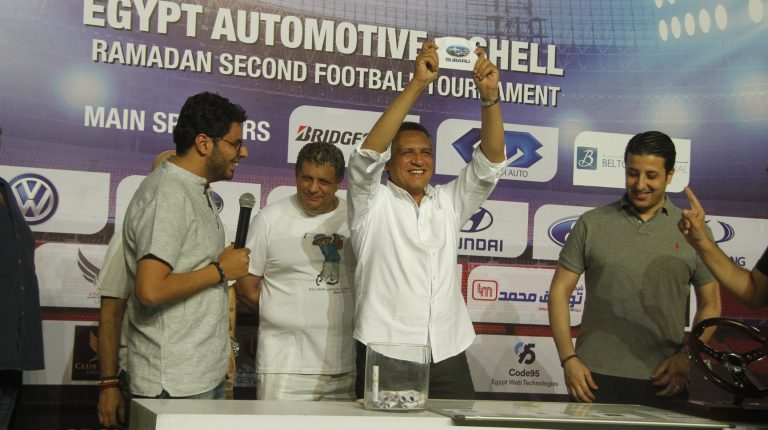 The second Ramadan football championship for the automotive sector, Shell Egypt Automotive, kicked off on Wednesday 23 May (7 Ramadan). The competition is held between automotive companies in Maadi over 13 days until 5 June (20 Ramadan), when the final game is set to be played.

There are 54 games set to be played over four groups, each of five teams. The first and second teams of each group qualify to the round of 16, then the round of eight, semi-finals, and finals. The top three teams will be celebrated at the end of the competition.

The activities of the first Ramadan championship was held last year.

Over 14 days, 16 teams representing 14 automotive companies in Egypt, as well as a team from POD Egypt, a PR agency team, and Egypt Automotive.

The participants and the fans spent pleasant Ramadan evenings. The competition was attended by strong teams of participants who were able to draw attention to their teams, as well as the leaders of the automotive companies who attended the opening ceremony, which was followed by a suhoor meal.

In first place, winning the gold medal last year, came the SsangYong team, followed by BMW, then Volkswagen in third with bronze.