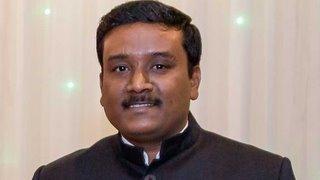 Vinod Bahade, chargé d’affaires at the Embassy of India in Egypt, told DNE that a new Indian ambassador, Rahul Kulshreshth, will assume his duties soon, while Sanjay Bhattacharyya, the previous ambassador, will be the new ambassador of India to Turkey.

Bahade added that an Egyptian business delegation from the Federation of Egyptian Industries (FEI) and Egyptian Business Association (EBA) will visit India by the end of 2018 to meet the Indian business community and visit industrial sites.

“Recently, we had delegations from Texprocil, SRTEPC, EEPC, CII, Tea Board, and many individual business visits. On their return to India, they expressed their keen interest in starting business with Egyptian business partners and possibilities of initiating investments in the country,” said Bahade.

Bahade said he expects a high-level delegation from India’s IT sector to visit Egypt to reinforce the cooperation between both countries, as information technology is a fast-growing area.

He added that Indian investments in Egypt currently stand at over $3bn, spanning diverse sectors with more than 50 Indian companies in manufacturing and construction, adding that more than 400 Indian companies trade with Egypt through representative offices and agents.

“India is among the largest foreign investors in Egypt in the non-hydrocarbon sector, providing employment to almost 35,000 Egyptian and contributing significantly to GDP and boosting Egyptian exports,” said Bahade.

Bahade noted that many Indian companies are interested in the Egyptian market, which is seeing an increased number of business delegations coming from India to explore the opportunities in the market.

“The Indian companies investing in Egypt are optimistic about the Egyptian market and have shown a positive response to the recent economic reforms, including the new Investment Law, and hopes for a continued process of reforms and support in order to reinforce their presence in the country,” said Bahade.

Meanwhile, Bahade said that India had announced a $10bn credit line over five years for Africa which enables the recipient countries to set up developmental projects in a variety of sectors through acquisition of appropriate, adaptive, and affordable Indian technology and capacity-building.

“We are working closely with the Egyptian Ministry of Investment and International Cooperation on the projects from several public entities that may benefit from using the Indian credit line in reaching their targeted future plans,” he said.

Bahade mentioned that the advantages of Indian credit lines are a long repayment period and low interest rate.