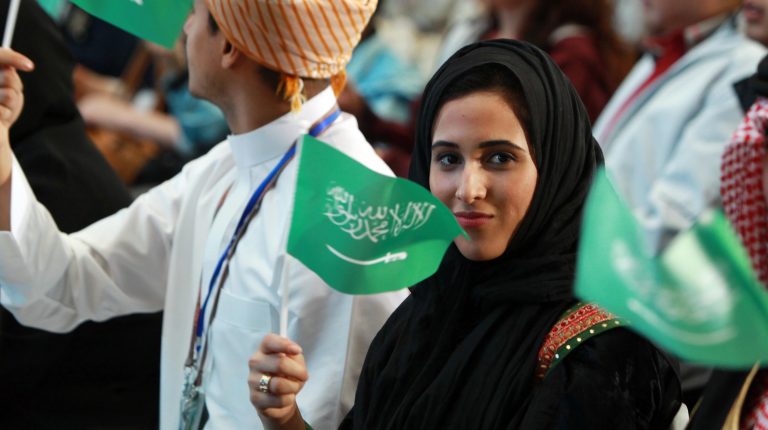 Saudi authorities said at least seven of them had been arrested for “attempting to undermine the security and stability of the kingdom,” adding that they had offered financial support to “enemies overseas.”

A statement issued by the Presidency of State Security cited possible charges for “suspicious contact with foreign parties.”

However, rights groups believe the arrests were meant to be a warning against pushing beyond the government’s reformist agenda. The arrests came a month before a driving ban on women is set to be lifted, a cause that all 11 activists campaigned for, the Associated Press reported.

“We call on Saudi authorities to release all other human rights defenders unconditionally and immediately,” said Samah Hadid, Middle East campaigns director at Amnesty International, adding, “this wave of repression in Saudi Arabia must end. These arrests are completely unjustified.”

“The crown prince, who has styled himself as a reformer with Western allies and investors, should be thanking the activists for their contributions to the Saudi women’s rights movement,” said Sarah Leah Whitson, Middle East director at Human Rights Watch, adding, “instead, the Saudi authorities appear to be punishing these women’s rights champions for promoting a goal bin Salman alleges to support—ending discrimination against women.”

The remaining detainees included 28-year-old Loujain Al-Hathloul, who in 2014 was held in custody for more than 70 days for trying to enter Saudi Arabia from the United Arab Emirates (UAE) while driving a car.

The Presidency of State Security was created by King Salman bin Abdulaziz shortly after he named his son, Mohammad bin Salman, crown prince in June 2017, and reports directly to the king’s office, according to Human Rights Watch.

Within days of the activists’ arrests, pro-government newspapers and social media accounts launched an alarming and seemingly coordinated campaign against them, branding them as “traitors.”

Saudi activists have said at least four other women’s rights defenders have also been arrested since 15 May, bringing the total suspected number of detainees to at least 11, Human Rights Watch added.

Saudi activists told Human Rights Watch that the seriousness of the allegations and the viciousness of the deeply personalised media campaign are unprecedented and shocking. Saudi Arabia’s Okaz newspaper reported that those arrested could face up to 20 years in prison. Al-Jazirah, a local daily newspaper, published a photo of Al-Hathloul and another activist, Aziza Al-Yousef, on its front page under a headline describing them as citizens who betrayed the state. A pro-government Twitter account posted images of those arrested with the word “traitor” splattered in red across their faces. Saudi Arabia does not permit any independent media to operate in the country.

In January of this year, around 300 women attended a local football match in the Saudi coastal city of Jeddah, in what was described by observers as a historic first for the ultra-conservative Islamic kingdom. Women entered the King Abdullah Stadium through a special gate, with female security guards wearing orange vests searching them at the entrance.

The kingdom, under the leadership of Crown Prince Mohammed bin Salman, has claimed to launch a series of women’s rights-focused reforms. One of the changes is to allow women to drive cars, a move which is set to take full effect in June.

A royal decree was issued in September 2017 promising to give women their right to drive. It came amid a series of gradual steps undertaken by Saudi Arabia recently, as the historic decision came a few days after opening the sports stadium to women for the first time as part of the kingdom’s national day festivities.

Analysts forecast that the lifting of the driving ban would also be beneficial to the country’s economy. According to CNN Money, women driving would, at the very least, save money paid to drivers, but also increase women’s presence in the workforce.

For a while now, Saudi Arabia has been pushing for reforms in women’s status issues, including their right to participate in local elections and the Olympics.

This also came with the appointment of Fatimah Baeshen as the first female spokesperson for the Embassy of Saudi Arabia in Washington DC.

The driving revolution comes after much struggle, including the persecution of women who took to the wheel, and calls by activists.

Women in the country are not allowed to drive and must have a written approval from a designated male guardian—a father, husband, brother, or son—to leave the country or work. Meanwhile, there is no written law that specifically bans women from driving, but Saudi law requires citizens to use a locally issued license while in the country. Such licenses are not issued to women, making it effectively illegal for them to drive.

A strong US ally, Saudi Arabia is also an absolute monarchy that does not tolerate any form of dissent and applies an austere version of Sunni Islam, in which religious police patrol the streets to ensure public segregation between men and women.

The last en masse protest against the ban was held in November 1990, when a group of women stunned Saudi men by driving around Riyadh in 15 cars before being arrested.