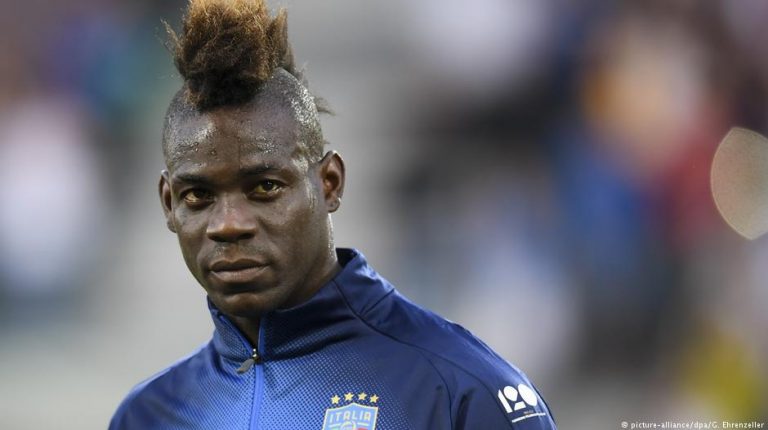 Striker Mario Balotelli scored on his first appearance for Italy in four years on Monday. But his comeback display was soured by an offensive banner hung in the crowd, which Balotelli soon responded to.Balotelli returned to the international fold for the first time since the 2014 World Cup and scored the second as Italy eased past Saudi Arabia 2-1 in a friendly on Monday.

Despite his absence from the national team, Balotelli is one of the more experienced heads under new boss Roberto Mancini, who looks set to make his former Manchester City charge Italy's vice-captain.

What next for Babelsberg and the fight against racism

It was that move that seems to have led to the banner that read: "My captain has Italian blood" that was shown at the St Gallen stadium in Switzerland.

Balotelli, who only has a month remaining on his current contract with French club Nice, was quick to respond to the banner, which appeared to be aimed at his African origins.

"We are in 2018 guys, it's enough. Wake up, please," the former AC Milan forward wrote on Instagram.

The 27-year-old, who also dedicated his goal to former teammate Davide Astori – who died in March – was born in Italy to parents from Ghana and was raised by an Italian family near Brescia. He is known for taking a stance against the racist abuse he has often been a target for.

"Well done to Mario Balotelli [for] standing up to racism in Italian football once again," the anti-racism organization FARE tweeted.