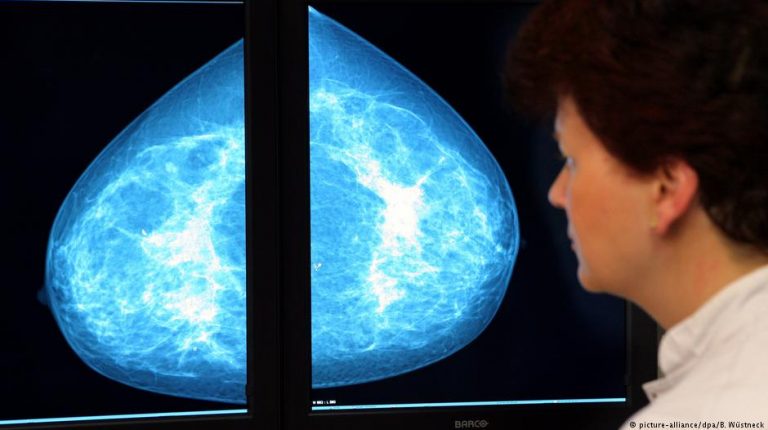 Did you know that the current screening method for breast cancer isn’t the best? Or that EEGs could be used to fight depression? DW brings you this week’s health news, all in one handy guide right here!How to boost your energy levels

We all suffer from low energy at times, but if you enjoy being active outside of work, tiredness can be very frustrating. Here are some things you can do to boost your energy levels: Always make sure to eat the right food. It is important to keep a good calorie balance, as too little calories will make you run out of energy, and too many might make you feel sluggish. Make sure to eat foods that provide you with energy continuously and keep you active for longer, such as wholegrains, nuts, legumes, leafy greens, and fruits like grapes, oranges, apples, and bananas. Always drink enough water! If you feel too tired during the day, move! Walk up and down the stairs, wander around the office, or take a walk outside. Also, don’t pile on the tasks. Learn to delegate them to other people once in a while – whether this is at the office or at home. And never underestimate sleep! Try to get in seven to nine hours of sleep every night.

How many calories can I eat?

A question that many ask themselves. But first, you have to understand what calories are. Looking at diet, calories show how much energy a given food provides. If you take in more calories than you need, you will gain weight. If you take in too few calories, you will lose weight. And if you continue down that road, you will eventually lose muscle mass – which is inadvisable. Your recommended caloric intake depends on your age, height, weight, health and daily activity. For example, the 2015-2020 Dietary Guidelines for Americans state that women need 1600-2400 calories per day and men need 2000-3000 calories. Your brain alone needs about 20 percent of the energy you provide every day. Most of the rest is used for basic functions, such as metabolism, digestion, breathing, remaining upright and so on. Eating healthy is essential: a 500-calorie meal of fish or lean meat, vegetables and olive oil will keep you full longer than a 500-calorie snack of chips or popcorn.

The short answer is yes, but you probably want to know more. Originally from Italy, balsamic vinegar is made from crushed grapes, which are boiled down until greatly concentrated. The grape must is fermented for several years. Traditionally, it has to sit for 12 years before it can be used. Balsamic vinegar is thought to improve your skin, because it contains antioxidants and antimicrobial compounds, such as acetic acid. When eaten together with a meal, balsamic vinegar can downregulate your blood sugar. It also promotes digestion, because it contains probiotics. Balsamic vinegar is also low in calories and sugar, and it is often added to salads or soups for a distinctive flavor.

Danger of heatstroke in cars

Never leave a child alone in the car! Researchers from several institutions in America have studied how fast a car can heat up under the sun and the dangers related to children trapped in that car. At an outside temperature of 38 degrees Celsius (100 degrees Fahrenheit), the inside of a car standing in the sun for an hour can heat up to an average of 47 degrees Celsius (116.6 degrees Fahrenheit). A two-year old trapped in a car under these circumstances would suffer heatstroke after one hour; if the car was standing in the shade, it would take two hours. Heatstroke occurs if body temperature rises above 40 degrees Celsius (104 degrees Fahrenheit) for a longer period of time. Babies and small children are at a greater risk because their body stores more heat. If the heatstroke lasts too long, the child can suffer a circulatory collapse and die. Also, if you are going on holiday, make sure to keep enough water in the car in case of traffic jams, and always try to keep your child cool and in the shade.

In many countries, among them Germany, women are screened for breast cancer using an x-ray technique called mammography. But researchers in Germany now say45 percent more tumors could be detected if mammograms were combined with sonograms. “In sonograms of the breast, mammary glands and connective tissue appear as white echoes and tumors are black echoes,” explains sonography expert Joachim Hackelöer. This makes it more likely that a tumor will be detected early. In mammographies, on the other hand, tumors are often overlooked because they also appear white like the other breast tissue. The German experts are now pushing for awareness. They say that women with dense breast tissue – usually from the age of 50 – should have their regular check-ups with a combination of mammography and sonography. Women should go to regular breast cancer screenings at least once a year. If you have a familial predisposition, it is important to speak to your gynecologist for more frequent screening options.

Finding the right treatment for depression

Every fourth woman and every eighth man will suffer from depression over the course of their lives. Although antidepressants can help, there is a large variety of them out there. Consequently, doctors can find it hard to assess their efficacy and might have to try several different types before finding the most suitable one. Researchers at McLean Hospital and Harvard Medical School in the United States have now discovered that brain scans made with electroencephalography (EEG) can predict a patient’s response to certain treatments for depression. High activity in specified brain regions were seen as a marker of a good response to treatment. Patients with low activity in these brain regions won’t respond as well to treatment. Here, the researchers suggest a combination of stronger antidepressants and psychotherapy. In future, the use of EEG could help doctors and therapists predict the right treatment to use on their patients in an effective, safe and painless way.

Australia has discussed it; Hawaii has gone and done it: It has decided to ban the sale, distribution and use of sunscreen containing oxybenzone and octinoxate. These chemicals are used as Ultraviolet light absorbers in sunscreen but have been found to harm the ocean’s coral reefs by increasing the likelihood of bleaching. The question remains why these chemicals are used if they’re strong enough to destroy the environment. Research is scarce as to what these chemicals do to our bodies. However, in March 2008, the US Centers for Disease Control revealed that 97 percent of Americans had oxybenzone, also known as benzophenone-3, in their urine. Other studies found that oxybenzone might affect our hormone system and can trigger allergies. It is generally accepted that we must protect ourselves from the sun’s harmful UV rays, but it could also be a danger to use sunscreen with these chemicals. Dermatologists may have the answer: They suggest using sunscreen containing minerals instead of oxybenzone. These sunscreens are called physical blockers because they also absorb UV rays. So, sunscreen, yes! Oxybenzone or octinoxate? Maybe not…

Tomato sauce for a healthy gut

One of the world’s favorite foods has now been proven to be healthy! Yay! It’s old news that bacteria in our gut greatly influence our health and wellbeing. However, until now researchers have been focusing on how probiotic foods, such as yoghurt, kefir or kimchi keep our gut happy and healthy. Recently, researchers at the Technical University of Valencia in Spain decided to take a look at theeffects of antioxidants on gut bacteria – specifically, the interaction of gut bacteria with tomato sauce, which is rich in antioxidants. They discovered that the antioxidants were lost during the digestive process, but cooking the tomato sauce transformed the antioxidant lycopene so that its integrity was preserved. More of it could therefore be absorbed. Also, the antioxidants in cooked tomato sauce were found to enhance the positive effects of our ‘good’ gut bacteria.

Obesity and type 2 diabetes on the rise

In less than 30 years, almost a quarter of people worldwide will be obese and one in eight people will have type 2 diabetes. These are the results of a shocking new study conducted by the European Association for the Study of Obesity. And unhealthy lifestyle is to blame, specifically poor diet, smoking, drinking alcohol and insufficient exercise. Obesity and type 2 diabetes are not only detrimental to peoples’ health, however; they also put a massive strain on countries’ health systems. In order to prevent the spread of diabetes type 2, global obesity levels have to be reduced by 25 percent. The first step, say the researchers, is to recognize the challenge that obesity presents and raise awareness. You at home can also do a few things to stay fit and healthy: stay away from processed foods, sugar, swehttps://jamanetwork.com/journals/jamapsychiatry/article-abstract/2678040et drinks, alcohol and cigarettes. And exercise, exercise, exercise!