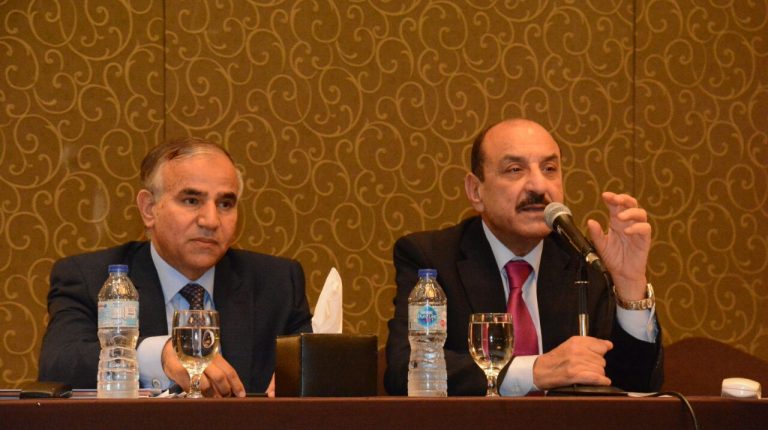 The board of directors of The Industrial Development & Workers Bank of Egypt (IDWBE) aims to close its deferred losses file by the end of this year, according to its chairperson and managing director, Maged Fahmy.

Fahmy explained that the bank managed to reduce the size of those losses to about EGP 850m, down from EGP 1.65bn in 2016, adding that the bank aims to achieve profits of EGP 1.5bn by the end of the year.

This came during the annual iftar ceremony held by the bank. The ceremony was attended by the bank’s leaders, heads of departments and branches, along with a large number of employees in greater Cairo branches.

According to Fahmy, the annual meeting reflects the management’s keenness to meet with the bank’s employees, enhance direct communication with them, emphasise the importance of their contributions, and support their efforts to raise the level of performance in the various sectors of the bank.

He added that the bank’s future plan includes expanding the number of branches to 50 in five years, adding that the bank purchased 5,000 sqm of land in the Central Business District of the New Administrative Capital to become its headquarters within three years.

Deputy Chairperson Hamdy Azzam also said that the bank realised unprecedented results in 2017, as it was able to top the market in terms of assets growth, net profits, net revenues, market value, and cost of revenue among 27 banks in Egypt, based on Business News’ evaluation.

Azzam revealed that the bank is ready to expand its base and volume of transactions, to witness a major leap in the second half of 2018, in line with the final approval of the Central Bank of Egypt to change the name and the brand of the IDWBE.

“This is all a result of great effort spanning years from the board and the bank’s employees,” he said, adding that they believe that investing in human resources is much more important than investing in assets. Azzam said the bank agreed with PricewaterhouseCoopers to restructure IDWBE’s human resources to improve administrative structure, employment, wages, and training.