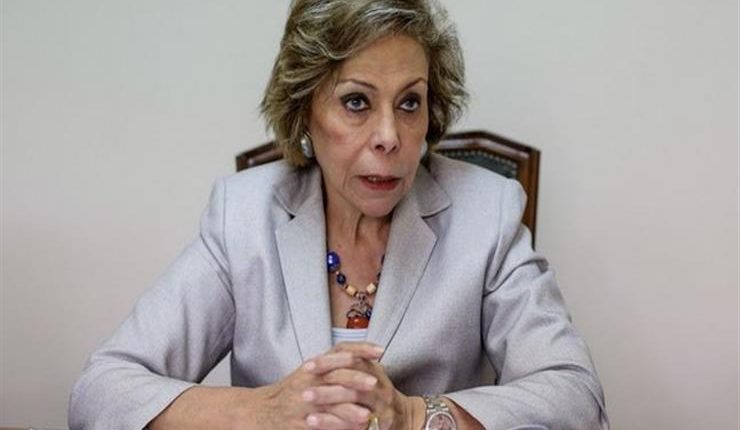 A delegation from the National Council for Women (NCW), headed by its president, Maya Morsi, visited Mervat Tallawy, the former director general of the Arab Women Organisation, to honour her on the occasion of ending her tenure at the organisation. The council recognised her high-level efforts in support of Arab women in general and Egyptian women in particular.

Tallawy said in her speech during the ceremony that the Arab peoples should be convinced that if women do not assume their rightful roles, their countries will not develop.

She pointed out that women are the secret to the development of states as they raise children to love patriotism.

The former director general of the AWO called on the government to support the NCW’s efforts to raise awareness of Egyptian women against a reactionary culture and negative habits that have caused devastation to society.

For her part, Morsi noted that the AWO is an important organisation for Egypt that played an important role since its establishment in 2002.

She also assured that Tallawy’s tenure, from 2014 to 2018, was difficult inside and outside Egypt.

Noteworthy, earlier this month the AWO announced that Fadia Kiwan, the candidate from Lebanon, was elected as its new director general for a four-year term from 2018 to 2022, succeeding Tallawy.