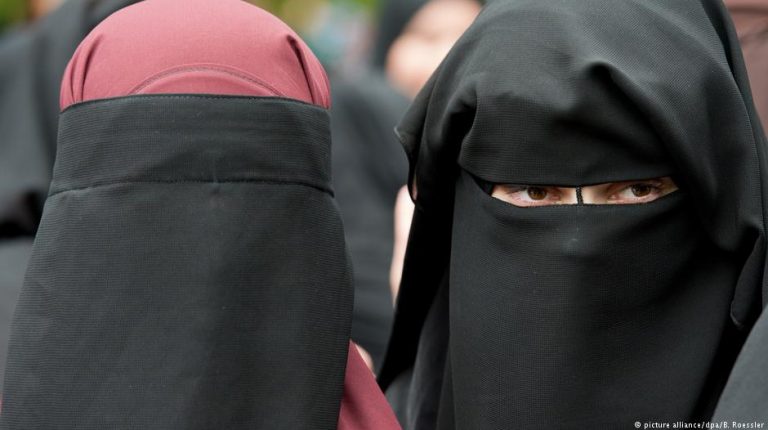 Denmark’s parliament has passed a ban on wearing clothes in public that conceal the face. A number of European states have introduced similar legislation. DW takes a look at how other countries approach the issue.In Europe, veil bans are generally aimed at items of clothing which cover large portions of the face, including masks and certain helmets. They predominantly tend to target religious garments, such as the niqab or burqa. Such legislation has been criticized as singling out dress worn by conservative Muslim women, and comes amid concerns about growing Islamophobia in Europe.

What follows is a list of European countries which have introduced veil bans.

France was the first European country to put a ban on wearing a burqa or niqab in public. The legislation has been in force since April 2011. In order to quell allegations of discrimination, the wording of the law deliberately avoids mentioning religious veils, stating instead in general terms: “In the public sphere, no-one must wear an item of clothing that serves to cover the face.” In addition, wearing any kind of religious clothing (including head scarves) in schools has been banned since 2004.

It is estimated that France’s ban on burqas and niqabs affects only some 2,000 Muslim women, because that is the number of people — among a total of 5 million Muslims in France — believed to wear either wear a niqab or a burqa.

In July 2011, Belgium also enacted a ban on covering one’s face in public areas. Offenders can incur fines or jail sentences of up to seven days. As in France, the ban affects a relatively small number of people. It is estimated that, among the 1 million Muslims in all of Belgium, some 300 women either wear a burqa or niqab.

Limited ban in the Netherlands

The Dutch parliament introduced legislation targeting the veil in 2016. Since then, wearing full-body veils and face veils is not generally banned, but it is prohibited in public buildings, public transport, schools and hospitals. Offenders can incur fines of up to 400 Euros ($466). As in France and Belgium, the number of women who wear either a burqa or a niqab is rather small (roughly 100 according to government estimates).

Bulgaria also introduced a veil ban in 2016. Offenses are punishable by fines of up to €750 ($875). There is no general ban: Exceptions are in place in the areas of sport activity, the workplace and religious service.

In October 2017, Austria officially outlawed face veils with its “anti-face veil law.” The legislation stipulates that all facial features between the chin and hairline must be visible in public. If they aren’t, the offender in question may have to pay a fine of up to €150 ($175).

On May 31, the Danish parliament passed a ban on wearing full-face veils in public, following a 75-30 vote. The law will come into force in August. Offenders can incur fines of up to 134 euros ($157). Repeat offenses are punishable by up to 10 times that amount.

Debates in other countries

Many European countries have seen discussions of a veil ban, including Germany, Switzerland, Estonia, Latvia, Lithuania and Norway. Local veil bans had been introduced in parts of the Spanish region of Catalonia, but they have been repealed by courts. In Italy, full-face veil bans are not the subject of debate because the country already introduced a general ban in the 1970s on items of clothing which make it difficult to identify a person.