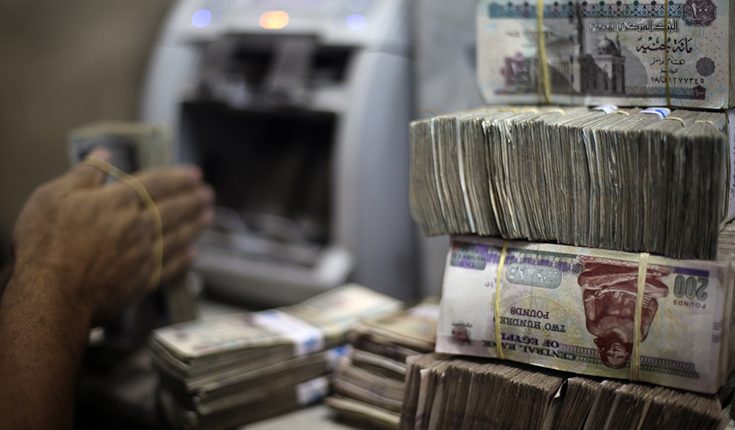 The volume of deposits at banks operating in the domestic market jumped in January 2018 to EGP 3.39tn from EGP 3.32tn in December 2017, an increase of EGP 65bn, according to the Central Bank of Egypt (CBE).

In its recent report, the CBE said that total government deposits increased in January 2018 to about EGP 529bn, up from EGP 516bn in December, marking an increase of EGP 13bn.

This increase was driven by banks, especially public ones, offering high-yield saving certificates with up to 20% interest, which created an inflow of liquidity.

The CBE pointed out that government sector loans in local and foreign currencies increased at about EGP 12bn by the end of January 2018, rising to EGP 385bn compared to EGP 373bn at the end of December 2017.

According to the CBE, private sector loans increased by about EGP 11bn at the end of January, to reach EGP 1.09tn compared to EGP 1.079tn in December.