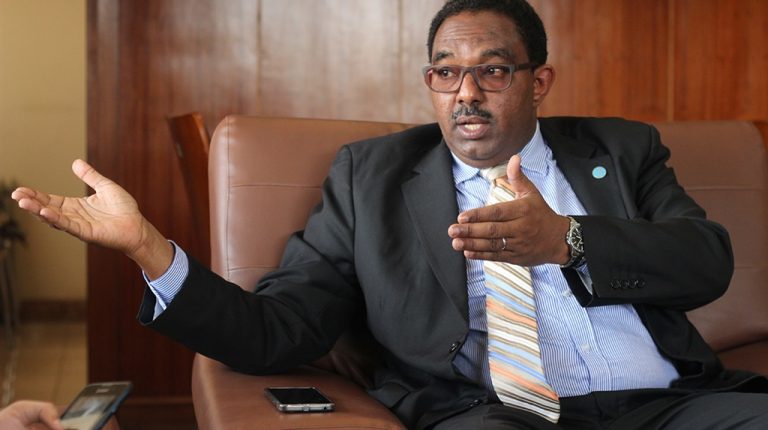 The Food and Agriculture Organisation (FAO)’s representative in Egypt, Hussien Gadain, told Daily News Egypt that food loss and waste reduction is one of the most prominent projects currently being undertaken by the organisation in Egypt.

He added that the project is funded by the Italian Agency for Development Cooperation, estimated at $2.3m.

Gadain explained that the sum is allocated to hold trainings for farmers and on farming guides, as well as to create models for young people and women for drying tomatoes and grapes.

He continued that the organisation aims to reduce losses to 0% at several stages.

The FAO representative said that the project is being implemented in Egypt and Tunisia, which chose to reduce its losses in milk and wheat.

Meanwhile, “Egypt chose tomatoes and grapes as they are one of the most vulnerable crops,” he said, pointing out that the losses in tomatoes reached between 40% and 50%.

Gadain assured that in general, the fruits and vegetables sector is very important and essential for Egypt in terms of supplying hard currency for the country.

The FAO representative in Egypt explained that the programme also aims to facilitate procedures, reduce losses at ports, and expand the storage capacity of silos.

He continued that the FAO provided a study on the grain sector and its efficiency in Egypt, pointing out that Egypt can save more than $70m yearly, if it followed the correct import practices. It also found that subsided bread costs Egypt $2.3m.

Concerning the state’s decision to reduce agricultural land areas for some water-intensive crops such as rice and sugarcane, he stressed that these are general policies that must be followed by other policies.

He continued that the government must adopt agricultural and industrial practices in order to reach the international market.

Moreover, he added that the state has to think of alternatives, such as the cultivation of crops that require little amounts of water.

In that regard, Gadain noted that the ministry is studying the Chinese experience in rice cultivation using seawater. A mission from the Egyptian Ministry of Agriculture travelled to China to study the experiment.

Furthermore, he suggested that the state can also expand its cultivation of legumes as a substitute for rice, as they do not consume large quantities of water in cultivation.

Concerning the organisation’s projects in Egypt, he pointed out that from 1978, the FAO has been working with all concerned bodies, including the Ministries of Supply, Agriculture, and Irrigation to develop the food system in Egypt.

This interview came on the sidelines of launching the “Food Waste Awareness Campaign,” which was launched on Sunday by the Food and Agriculture Organisation of the United Nations and the Egyptian Food Bank.

The campaign aims to reduce food waste in Egypt and the region, contributing to the creation of hunger-free communities.

For his part, Moez El-Shohdi, Co-Founder and CEO of the Egyptian Food Bank, revealed data about the severity of the problem of food loss. Waste reached about 42% of high-nutrition food items like grain products, seafood, fruits, vegetables, meat, and milk.

He explained the difference between the problem of food waste and that of food loss. The former emerges when food reaches its final product stage and part of it is not consumed, while the second arises when losses are generated along the supply chain before reaching the final product stage due to factors such as poor farming practices, inadequate post-harvest handling, and inefficient transportation.

El-Shohdi explained that wasting food means wasting money, labour, and resources such as energy, land, and water that go into producing food and increases greenhouse gas emissions and contributes to climate change.

Noteworthy, it is a global problem, as according to the FAO, 1.3bn tonnes of food is lost or wasted every  year around the globe.

(FAO), officially handed over a solar powered sun-dried tomato processing unit to the Marketing Cooperative for Fruits and Vegetables