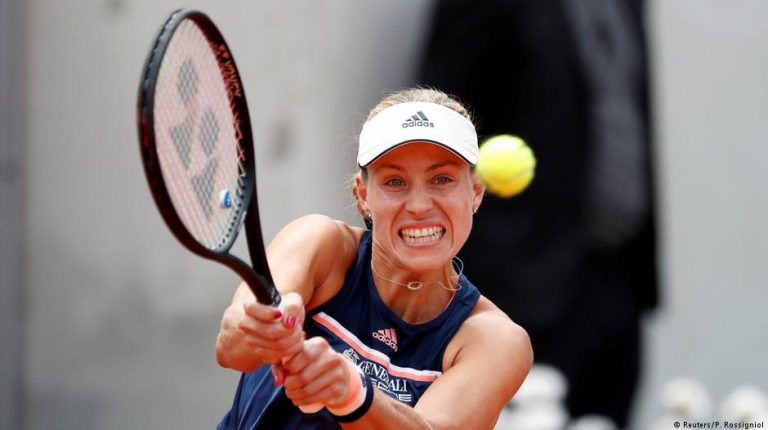 Angelique Kerber has reached the last eight at Roland Garros for the first time in six years, while Rafael Nadal has joined Alexander Zverev in the men’s quarterfinal. Elsewhere, Serena Williams withdrew injured.Germany’s Angelique Kerber followed her compatriot Alexander Zverev into the quarterfinals at Roland Garros after a straightforward 6-2, 6-3 victory over France’s Caroline Garcia.

It’s the first time Kerber has reached this stage of the French Open since 2012 but her second straight Grand Slam quarterfinal this year, after reaching the same stage at the Australian Open.

“I started really well today but it got a bit jittery towards the end,” said the 30-year-old former number one. “The next round won’t be any easier but I’ll try to win and see how far the journey can go.”

Kerber will face current world number one Simona Halep of Romania in the quarterfinal on Wednesday.

Rafael Nadal advanced to the quarterfinals of the men’s draw with a straight-sets win over his former training partner, 22-year-old Maximilian Marterer of Germany.

“The third set was really difficult,” said the Spaniard. “Maximilian is a very good young player and I wish him all the best.”

Marterer’s exit means that Zverev is the only German left in the tournament. He faces Austria’s Dominic Thiem on Tuesday, while Nadal will play Argentina’s Diego Schwartzman on Wednesday.

Former world number one Serena Williams pulled out of her fourth round match against Maria Sharapova with a pectoral injury, just minutes before she was due to go on court.

“I’ve unfortunately been having some issues with my pec muscle… right now I can’t actually serve,” said the 36-year-old American, who was competing in her first Grand Slam since the birth of her daughter last September. “It’s actually hard to play when I can’t physically serve.”