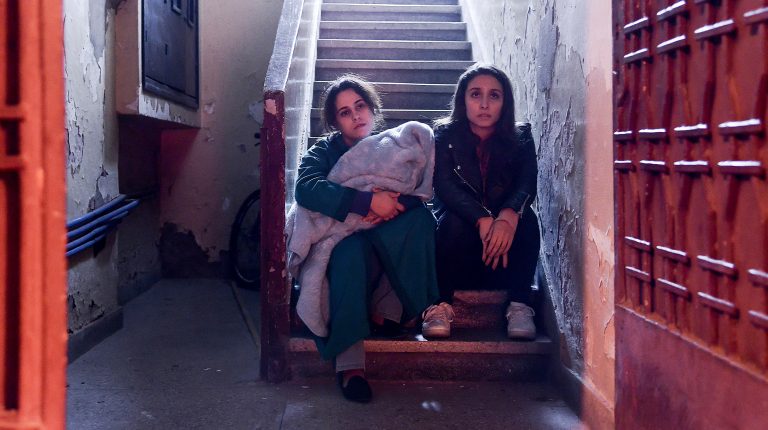 The first sequence of Meryem Benm’Barek’s Cannes debut can easily trick viewers into anticipating a mundane family-oriented story in modern Morocco, but as the events unfold, the film exhibits a classist analysis of marriage in contemporary society.

Benm’Barek’s complex, yet smooth, film won the award for best screenplay in the Un Certain Regard competition.

Sofia tells the story of a young Moroccan young woman, Sofia (Maha Alemi), who is in denial about being pregnant and gives birth to a baby out of wedlock. She makes up a lie about who the father is in order to avoid cover up for a rich family friend. She accuses a young man, Omar (Khafif Hamza), from a poor family of being the father.

Sofia starts off as a social thriller before becoming a sociological study. The point from the film is less to know who the father of the child is than to show the pressure imposed by a society that cannot accept a child being born out of wedlock. As a result, the family drama takes precedence, and the power play between the characters emerges.

The director’s inspiration and interest in the story started when she was a teenager, when her mother told her an upsetting story about a young girl who was taken in by her grandparents. “She was 17 and my mother, who was barely older than her at the time, discovered entirely by chance one evening that the girl was pregnant and about to give birth. A wedding had to then be organised as quickly as possible,” Benm’Barek explained, adding that such stories are quite common in Morocco, where it is forbidden for unmarried people to have sex.

“Everybody there has heard of or knows about someone who has suffered from pregnancy denial, or of a child born from parents who aren’t married. It’s a situation bound to be complicated because both the mother and the father are likely to be prosecuted and sentenced to jail,” she said. As a result, marriage is the only possible solution. The story naturally came about when Benm’Barek began to see how a tragedy like this shines a light on society’s problems, revealing the various cracks and gaps in the workings of a society.

In that sense, the film discusses social constructs about marriage in Morocco, as it is still a sign of success that everyone ultimately aims for, and is seen as allowing people to establish their social position. In that regard, weddings must be as lavish, flashy, and sumptuous as possible. “We are in a society of appearances where the image one offers of themselves and their family is very important,” Benm’Barek commented. 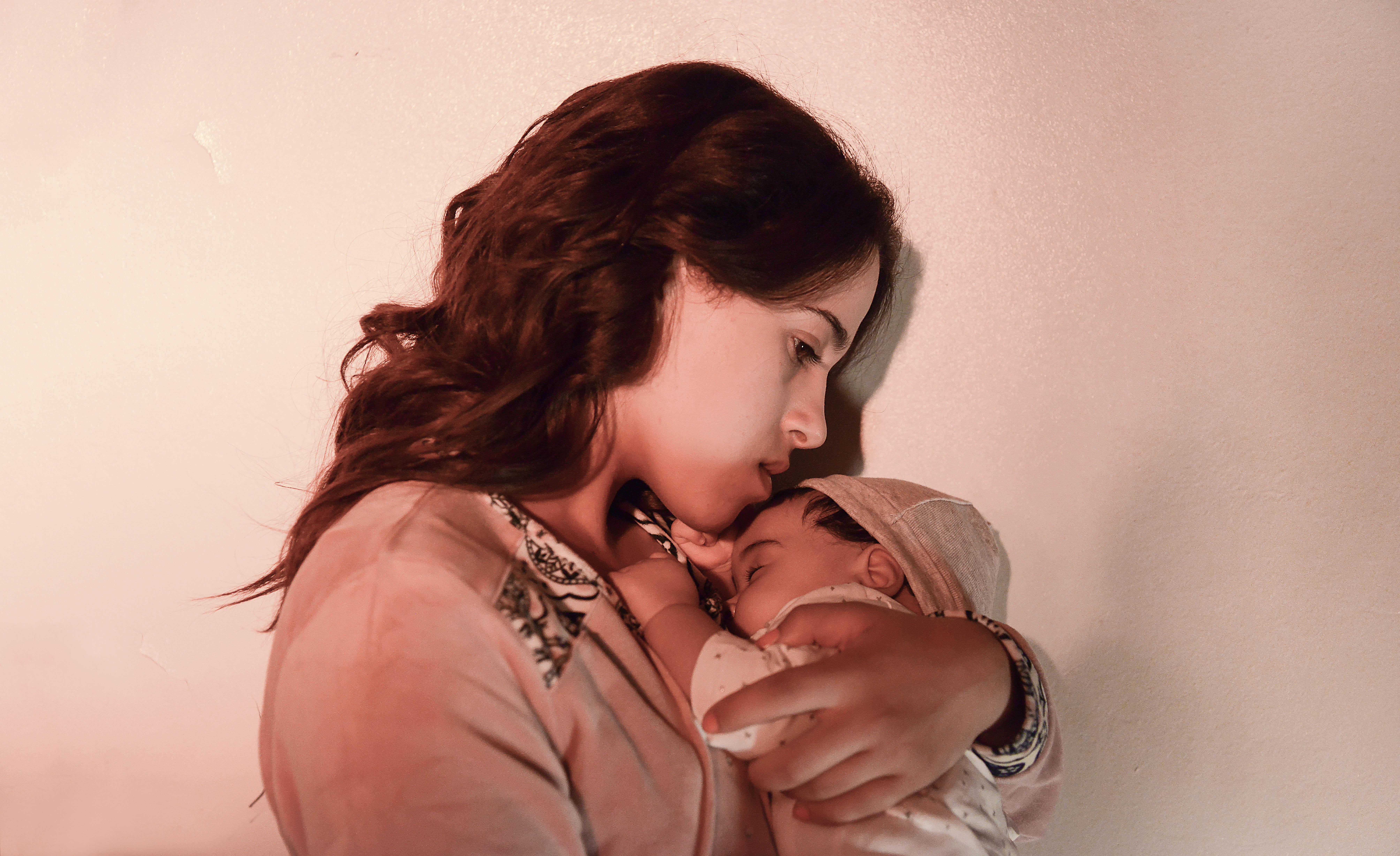 In the film, Sofia’s family are far more preoccupied with the modest social class the father of the child belongs to than with the child itself. In the end, their daughter’s pregnancy is less “disgraceful” than her inevitable marriage to this boy who comes from a poor neighbourhood. “It naturally has to do with saving the family’s honour and their daughter’s honour as well, but also, and above all, to preserve their image in the eyes of others, all the more so since the incident occurs at a crucial moment for this family, as they are [according to the film’s script] about to sign a contract with their French brother-in-law that will change their lives and help them move up the social ladder,” she added.

Benm’Barek did not want to make a film that only speaks about the condition of women in Morocco, who are always depicted as victims of a social patriarchy, as she does not believe filmmakers can speak about the condition of women in society without talking about society itself. She thinks that the place of women in society is defined in relation to its socioeconomic framework. “This is what Sofia is depicting. I was born in Morocco and I grew up in Belgium, where I studied filmmaking, but once I finished my studies, I chose to return to the country where I was born and I experienced from my adult’s perspective how Moroccan society functioned, and what it truly had to offer its youth,” Benm’Barek said.

She asserted that social divisions are so deep that they prevent any form of progress as young people from modest backgrounds are shackled by their social positions, where they have no hope for the future and no perspective for evolving regardless of their motivation.

“In fact, people’s futures are entirely dependent upon their origins. Nor is the educational system designed to reverse the situation and bring this social partitioning to an end,” she said, adding, that the best schools are private and consequently very expensive, while public schools have been severely neglected. As a result, young people from rich and poor backgrounds never meet; everyone grows up on their side of the social divide.

The film translates this division in Sofia and her cousin Lena (Sarah Perles). The characters’ fears are a good indication of how Moroccan society functions. Sofia and Lena grew up in different circles. Sofia comes from a middle-class family firmly anchored in tradition. She wears a jellaba for most of the film; her French is shaky, which is a true indication of social class in Morocco—she was only able to get a job in a call centre that ended up dismissing her. Lena, on the other hand, comes from a very wealthy background. Her French is better than her Arabic, she is very feminine, has a social life, a university education, a Moroccan mother, and a French father. These factors make her a freer and more liberated person than Sofia.

Lena’s character looks upon the Arab world from a Westerner’s point of view in general and in particular when it comes to Moroccan society. Her view is sometimes tainted by self-righteousness. Lena could very well have gone to a foreign country, but she chose to be an intern in Morocco because in her mind, she could be useful to her country. She’s kind and means well, but also naïve. What happens to Sofia propels her into a reality that is not her own, and her illusions are shattered. Lena and Sofia do not have the same viewpoint on the situation. In the end, Sofia’s awareness of what reality is like is much sharper than Lena’s when it comes to the social and economic risks that this pregnancy and wedding entail. Lena sees Sofia as a victim, whereas Sofia refuses to be one.

Another social disease the film tackles is how much families are willing to cover up in order climb the prosperous social ladder. For example, Sofia’s French uncle, Lena’s father, is like a tutelary presence casting its shadow over the family. Everyone speaks about Jean-Luc, but he is never seen.

It was a conscious choice Benm’Barek made early on, at the screenwriting stage, to never have him appear on-screen. For the entire film, he is off-screen, and yet his presence and influence are actually stronger because of this. Jean-Luc is an all-powerful force for Sofia’s family because he is the key to the entire family’s social advancement. This character—and the importance the others bestow upon him—reveals a great deal about Moroccan society and the privileged place that is still granted to the French man, seen as the one who has the money, and thus the power.

However, this conception prevails mostly within the middle and upper-middle classes. The working-class is much less inclined to accept French omnipotence, and particularly when it comes to the younger generation who are aware of France and Morocco’s colonial past.

The other main character in the film is Omar, who is a victim. His opinion never really counts. He is still mourning his father. In fact, he is supposed to be the man in the family, but he is unable to face his new responsibilities. He is emotionally fragile. When Sofia comes into their lives, Omar’s mother very quickly understands what is at stake and particularly how to take advantage of the situation. She sees marriage as a way out for Omar, a way to alleviate his distress, a way to force him to shoulder his role within their family, which will allow him to meet the family’s needs thanks to the job that Jean-Luc is bound to give him.

From that perspective, the film also questions the condition of men. Men are required to shoulder the responsibility of their family and are subjected to relentless social pressure. For a young man like Omar, coming from a modest background, he doesn’t have the privilege of ignoring his family’s needs.

Visually, Benm’Barek wanted the staging to be very straightforward. She did not necessarily want to be “fashionable.” In cinema, she is influenced by Asghar Farhadi, Nuri Bilge Ceylan, and Cristian Mungiu. The shots were framed with this idea of portraiture. Many of the scenes were composed using frames within the camera frame. She then zoomed in to leave the frames and zero in on the characters. For instance, the family meal at the beginning of the movie opens as a tableau within the living room, with the door frame above, where a Quran verse dedicated to the family is engraved. Sofia is off-screen until her father asks her to bring dessert to the table. This first image of the film is like a snapshot of a Moroccan family.

Concerning censorship, Benm’Barek made sure that nothing in the film could be taken as grounds for censorship. “It was important to me that as many people as possible would be able to see the movie so that a real debate could take place concerning the issues raised by the film. I hope that the public will find things in this story that they identity with, for I meant the story to be as accessible as possible. I was also extremely careful about avoiding stereotypes. I’m not passing any judgment. I’m merely depicting today’s reality: every day in Morocco, 150 women give birth out of wedlock; they risk going to jail, and are stigmatised, along with their children,” she said.