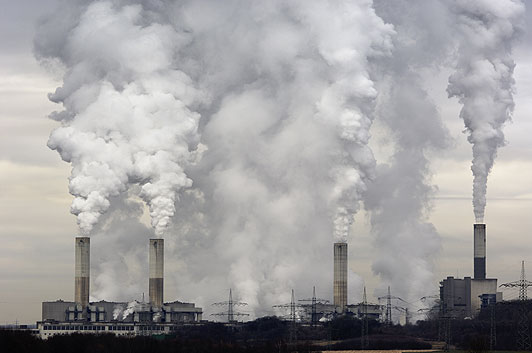 The Central Agency for Public Mobilisation and Statistics (CAPMAS) revealed that the electricity sector represents the main source of carbon dioxide emissions from petroleum products consumption, accounting for 43.3% of total emissions, followed by the transport sector at 18.5%, the industrial sector at 15.4%, the domestic and commercial sectors at 8.2%, and other sectors accounting for 14.7% of total emissions in 2016/2017.

The announcement was made in a Tuesday press statement, on the occasion of World Environment Day, which is celebrated on 5 June annually.

Noteworthy, in recent years, carbon dioxide emissions have become a serious environmental concern on a global scale due to their influence on the greenhouse effect, which affects climate change.

Egypt, out of 207 countries, is ranked 27th in terms of carbon dioxide emissions, according to US Energy Information Administration statistics.

“The total amount of carbon dioxide emissions in Egypt in the period from 1995 to 2016 reached more than 3.33bn tonnes,” according to the CAPMAS.

Meanwhile, the total environmental impact of carbon dioxide emissions on the national economy from 1995 to 2016, is estimated at over $241bn, the CAPMAS previously revealed.

In 2015, Egypt signed the Paris Agreement, which requires signatories to take ambitious long-term measures to reduce carbon dioxide emissions, with the ultimate goal of limiting global warming to less than two degrees Celsius.

Furthermore, in 2016, the European Bank for Reconstruction and Development said it would help Egypt reduce carbon dioxide emissions by 2030 by following the new recommendations in a report issued by the bank.

The celebration of World Environment Day began on 5 June 1972, established by the United Nations Environment Programme (UNEP), with the aim of studying the risks surrounding the environment and procedures taken to address these risks, in order to preserve the environment.

The celebration will be held this year under the slogan Beat Plastic Pollution.