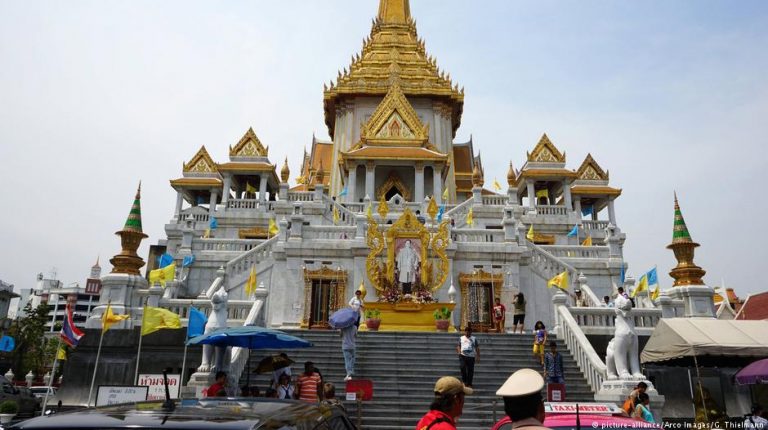 On 24 May, Thai police raided five Buddhist temples in the Bangkok region and arrested senior monks on a variety of charges, including alleged embezzlement.

Anti-junta protesters, including students, have in recent months pressed demands that elections postponed four times be held this year.

The Bangkok Post said Phra Phrom Methee, who had been assistant abbot at Samphanthawong Temple in the Thai capital, fled via neighboring Laos and Cambodia and then boarded a flight to Germany.

Disembarking at Frankfurt, he immediately filed for asylum and detained, said the Post, which, in turn, cited a Thai information service Matichon Online.

Five people who abetted his escape were likely to face charges, said the Post, citing police at Nakhom Phanom on Thailand’s border with Laos.

When Thai police commandos raided temples two weeks ago, deputy Thai prime minister Prawit Wongsuwan, who himself had sported luxury watches, earning him the nickname “Rolex General,” said the wave of arrests was part of a wide-ranging investigation.

Thailand’s temples, which earn billions of dollars (euros) every year from donations, have had their image tarnished in recent years by disclosure of money and sex scandals.

The junta pressured temple communities to enforce tougher discipline for more than 300,000 monks, who are highly respected in Thailand.