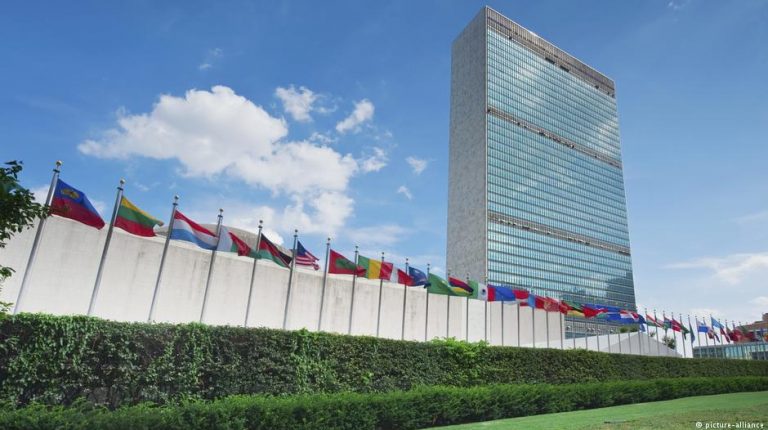 Global foreign direct investment (FDI) fell by almost a quarter last year, as returns for investors declined, slowing also growth in production, a United Nations report says. Prospects for a pick-up look muted at best.Globally active investors spent 23 percent less in 2017, causing the total sum of money earmarked for FDI to decline from $1.87 trillion (€1.58 trillion) in 2016 to $1.43 trillion last year, according the United Nations Conference on Trade and Development (UNCTAD).

In its World Investment Report 2018 released on Wednesday, the organization noted that last year again global investment had remained below its 10-year average and would likely continue to do so in 2018.

UNCTAD Secretary-General Mukhisa Kituyi said in the report that the decline in foreign direct investment (FDI) and a slowdown in global value chains should be a major concern for policymakers, especially in the developing world.

“Investment in productive assets will be needed to achieve sustainable development in the poorest countries,” he added.

According to UNCTAD, the global decline was caused by both a fall in cross-border mergers and acquisitions and a substantial drop in returns for investors.

UNCTAD observed a worrying negative trend in the rate of return for global investments. While the average rate had been 8.1 percent in 2012, the figure slumped to 6.7 percent last year. Thereby, the sharpest drop in the rate was perceived in Africa, Latin America and the Caribbean.

As a result, spending on so-called greenfield investments —building new company facilities, that is — declined by 14 percent on a global scale to $720 million in 2017, heralding further decreases in FDI for the future.

In addition, the expansion of global value chains (GVCs) also slowed amid slumping world trade. After two decades of massive growth until 2010, the value added through cross-border trading in goods and capital peaked in 2012, and has since fallen in correlation with FDI, the UNCTAD data shows.

For mergers and acquisitions (M&A), the value figure was down 22 percent from 2016 — a “significant decline,” UNCTAD noted.

The United Nations’ body responsible for tracking global investment and trade flows has forecast “marginally higher” global direct investment for 2018, but says this is likely to remain “well below the average over the past 10 years.”

“An escalation and broadening of trade tensions could negatively affect investment. Tax reforms in the United States are likely to significantly affect global investment patterns,” the report added.

UNCTAD fears the investment downturn will hit international production, thus slowing the build-up of productive assets and the creation of jobs. “This could negatively affect the prospects for developing countries to attract investment in productive capacity,” it says.

According to UNCTAD figures, FDI remains the largest external source of finance for developing economies, as it makes up 39 percent of total incoming finance for those countries on average. In the least developed countries, FDI accounts for just under 30 percent of total investment, but there, too, the trend is declining since 2012.