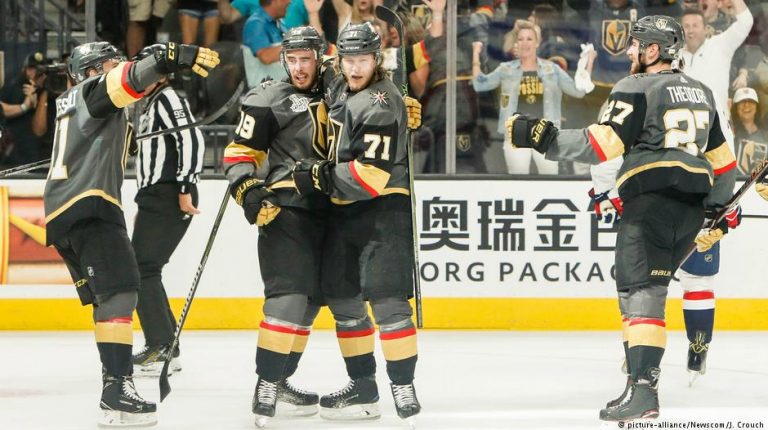 Every so often the world of sports produces an extremely unlikely story of success. Two years ago it was Leicester City winning the English Premier League, now it is the Vegas Golden Knights.The Vegas Golden Knights go into Game 5 of the Stanley Cup finals with their backs to the wall. Trailing three games to one, they have to win at home in Las Vegas on Thursday night to stay alive in the best-of-seven series; a loss and the Washington Capitals will lift Lord Stanley’s venerable Cup for the first time in their 44-year history.

However, even if the Golden Knights do bow out on Thursday night they have achieved something that almost no other team in the National Hockey League has ever done, making it to the Stanley Cup finals in their expansion year.

The only team ever to do this before were the St. Louis Blues in 1967-68, but they were one of six expansion teams in a season in which the National Hockey League doubled in size, with one of the newcomers guaranteed a place in the finals. So the Golden Knights’ achievement is truly unique.

Less than a year ago the Golden Knights had both a general manager and a coach — but almost no players. So how did they put together a team good enough to finish fifth in the overall standings during the regular season, and make it to the finals of the Stanley Cup playoffs?

The man with the plan

Much of the answer lies in who the owner, Bill Foley, hired as the club’s first general manager in the summer of 2016. George McPhee, who was fired by the Washington Capitals in 2014 had more than a year to put together his staff and an entire season to scout every NHL player that could become available in last year’s expansion draft, and he really did his homework. However, McPhee also benefitted from the fact that the rules for the 2017 expansion draft were far more favorable than those the general managers of the Columbus Blue Jackets or the Minnesota Wild had to deal with when those teams entered the NHL in 2000.

“It had a big impact,” McPhee acknowledged recently. “The (expansion draft) rules were favorable. Gave us something to work with, and gave this team an opportunity to be a good team.”

Another major factor was the $75 million (€63.7 million) salary cap, which limits how much any given GM can spend on his players’ salaries. The salary cap has become a major aspect of managing NHL teams since it was introduced following the 2004-05 lockout. It sometimes forces GMs to give up players that they would actually like to keep, but can no longer afford and in the 2017 expansion draft it meant that McPhee (with the financial backing of Foley) had some options he wouldn’t otherwise have had.

A Stanley Cup winner between the pipes

The biggest windfall at the draft came in the form of first-string netminder Fleury, 33, a three-time Stanley Cup winner who the Pittsburgh Penguins may have thought was washed up. Fleury has had an incredible bounce-back season between the pipes, posting a .927 save percentage in 46 regular season games – and elevating this to .929 in the playoffs.

Among McPhee’s other key acquisitions were former Nashville Predators forward James Neal, 30, who has had ten 20-goal seasons, and William Karlsson. Everybody could see that the 25-year-old Swede was a talented forward, but he had failed to play to his potential with either the Anaheim Ducks or the Blue Jackets. With Vegas this season, he’s had a breakout year, scoring 43 goals and picking up 35 assists in the regular season, and seven goals and eight assists in playoffs. Former Florida Panther Jonathan Marchessault has also posted the best numbers of his NHL career, with 75 points in the regular season (27 goals, 48 assists) and 20 in just 19 playoff games.

However, Vegas’ success wouldn’t have been possible without having the right guy behind the bench. Gerard Gallant, cast aside by the Florida Panthers 22 games into the 2015-16 season, has his team playing high-pressure, disciplined hockey, and the fact that he has been largely rolling four lines, has meant that some of his players have been getting more of an opportunity to shine than they had had at their previous clubs.

“Gerard has done a terrific job of making this a team,” McPhee said. “He has really brought a lot of players along, and they’ve played better than they’ve played anywhere else.”

Still, most of the credit for the success of the Golden Knights, who posted by far the best regular season for an expansion team in NHL history, has to go to McPhee. Now his team is three wins from winning the Cup, but coming back from a three-games-to-one deficit is a tall order.

However, een if the Golden Knights’ journey does end on Thursday night, maybe he’s still deserve to at least take a sip from Lord Stanley’s Cup – for he was the man who acquired 13 of the players in the opposing lineup, including Capitals goalie Braden Holtby, star center Niklas Backstrom and Washington’s captain and superstar, Alexander Ovechkin.