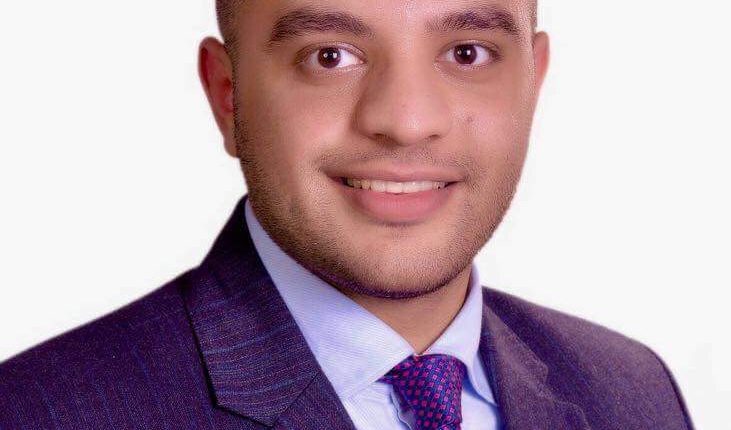 The government borrows money to meet its short- or long-term needs when there is a budget deficit. This is called debt. So, debt is a bill paid by coming generations in cases of obtaining loans for the purpose of narrowing a budget deficit without aiming to finance development projects. Or it may be a bill paid by the current generation in cases of obtaining loans to spend on projects with future returns for the benefit of upcoming generations. There are two economic theories regarding loans; the first calls for reducing debts as they burden future generations with their interest rates. Meanwhile, another theory assumes that higher debt is better than taxation. Which is correct? Let us see what can be found through history.

Egypt has had foreign debt since the reign of Muhammad Ali Pasha, who depended on external financing (loans) to achieve economic development. The foreign debt kept mounting until Egypt became unable to repay its debts in the 19th century, resulting in Britain’s intervention in the economy first, then occupation later.

Debts continued to increase until the second world war, accompanied by a rise in reserves, due to Egypt’s supply of services and products to the Allies and lower imports. As a consequence, Egypt’s debts were repaid while the reserves remained under the British government’s supervision.

In 1940, Egypt began to import and opened its doors again to foreign debt, but not as much as previously so as to cause concern. Meanwhile, during the reigns of Al-Sadat and Mubarak, the foreign debt scaled up without having complete information on it—until now—and it is even different from debt outlooks, due to the increase in debt’s volume and the confidentiality of some information.

Certainly, whenever a country’s foreign debt increases, pressures practiced by its creditors grow. In the 1980s, Egypt tried to negotiate with the IMF and Paris Club as representatives of some creditors. However, we were surprised (as Egyptians) by the IMF’s tribute to the financial position in Egypt with a hopeful outlook for the country’s future. The IMF granted Egypt another loan to help with an economic reform programme. That programme was divided into two parts: internal and external. The external part addressed the trade deficit and called for the floatation of the Egyptian pound (during the 1990s), in order to increase exports. Meanwhile, the internal part called on the government not to interfere in the budget deficit and price controls through subsidies. It also advocated privatisation (a well-known concept that was later improperly applied) of non-productive public sector-affiliated companies. Moreover, the Paris Club agreed to reschedule debt for carrying out the programme proposed by the IMF.

Although there was a real desire for economic reform by the government, it was forced—to a large extent—to reject a big part of the proposed reform programme (following the example of former president Gamal Abdel Nasser). This may be attributed to people’s sensitivity towards any foreign intervention in Egypt’s economy or affairs, perhaps inherited from their ancestors after the agony they suffered during the period of British intervention.

Of course, the IMF does not care about Egyptians’ feelings and sensitivity—with the growing debt and poor economic situation—especially after government’s acceptance to receive the loan, so it had to commit to its terms. The government tried to discuss certain factors, such as slowing down the implementation of economic solutions and non-intervention of the IMF in certain aspects that may lead to political instability. We have seen some signs of the IMF’s intervention, such as reducing the budget deficit by 10% and controlling the prices of oil products, cotton, and others. Indeed, prices of products increased while imports declined. However, the IMF and Paris Club were still unsatisfied with the pace of implementing the economic reform programme, which was inconsistent with the government’s promises.

Apart from details, Egypt entered the first decade of the millennium facing many economic challenges. The GDP growth rate, for instance, was inconsistent with the population growth rate and inflation was diminishing income greatly. It is true that government tried to solve these problems, but further reforms were needed.

Egypt’s debts have increased significantly from 2015 to date, registering a total foreign debt of $82.9bn (or 36.1% of GDP). Although that rate is still safe, as it has not exceeded international standards, many see a problem in such an increase and see that the government should lower it.

It is known that the foreign debt ratio of developed economies is higher than that of emerging or developing economies, especially after the global crisis that started in capitalist markets and led those countries to resort to more debt. Specifically, the ratio of the US’ foreign debt to GDP is 104%. Likewise, the ratio of public debt to GDP reached 240.3% in Japan. In fact, this issue raises some questions: how could these countries still progress despite their incredible volume of debts? Is debt the key to their success? Or it is the reason behind other countries’ economic deterioration? Can the developed countries (eg the US and Japan) be considered a special case? What does special case mean?

If we take into account the false assumption that we should not compare ourselves to these developed countries, let us take the Kingdom of Jordan as an example. Jordan has a successful story with the IMF, although it does not have enough important resources such as water and oil. The kingdom’s economy is based on three main pillars: workers’ remittances from abroad, exports to Arab Gulf countries (which helps the kingdom meet its needs of oil resources), and aid from neighbouring countries.

The real economic reform in Jordan started with an agreement between the IMF and the government. The main pillars of the economic reform programme were similar to those that should have been applied in Egypt during the same period (the 1980s). Unfortunately, the Gulf war affected the Jordanian economy. The aid from Gulf countries plunged in addition to the return of Jordanians working abroad, which pushed the unemployment rate up and decreased workers’ remittances. However, Iraq supplied Jordan with all its oil needs after 1991. That point in particular was the cornerstone of the Jordanian economy’s recovery. It is worth mentioning that Jordan adopted a privatisation policy as a partnership between the public and private sectors, unlike the deplorable policy applied by the government in Egypt.

Eventually, the analysis of a economy’s performance and the impact of debt on it is subject, as with anything else, to a simple principle: the optimal distribution of resources and wealth. In the era of Muhammad Ali Pasha, loans were directed to achieve economic development in Egypt by utilising them in long-term production and investment projects, even if we saw during the monarchy era a misuse of debt through using it in reducing the budget deficit without long-term production or investment projects. All the British occupation did was adopt the optimal use of resources (including debt), resulting in debt repayment in the 1940s. Then, Egypt fought in all the successive wars with the reserves that were there since then. The country borrowed again in the 1970s, as mentioned above, to face another debt increase, also mostly spent on the budget deficit without long-term production or investment projects.

Loans are a tool that cannot be judged, but a country’s use of it and how far it commits to reform plans is what determines whether debt is bad or good.

Ahmed Ezz is a financial and economic analyst