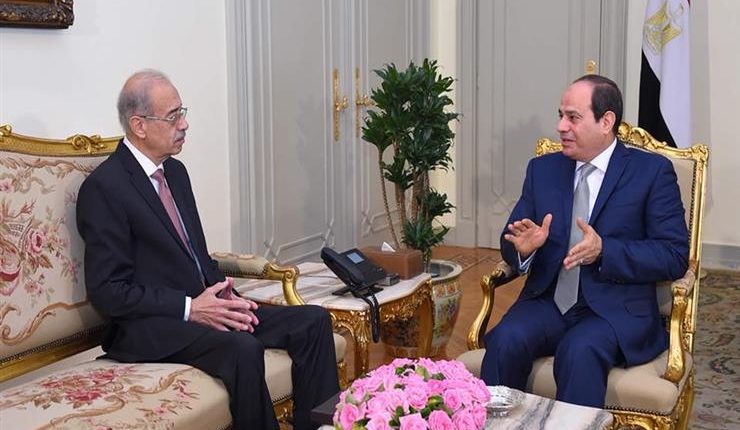 The cabinet of Egyptian Prime Minister Sherif Ismail submitted its resignation to President Abdel Fattah Al-Sisi on Tuesday, days after the start of the president’s new presidential term.

The move is standard procedure, as the government should resign after each new presidential term, according to the constitution.

Following the resignation, presidency spokesperson Bassam Rady said in a statement that Al-Sisi met with Ismail on Tuesday and asked his cabinet to “continue to perform its duties and responsibilities until a new government is formed.”

Al-Sisi was sworn in before the Egyptian Parliament on Saturday for his second term as president.

In an urgent plenary session in January, the Egyptian Parliament approved a limited reshuffle of four ministers, without making changes to the position of prime minister, despite rumours that Ismail would be dismissed due to his illness.

Ismail has been leading the cabinet since 2015. He has overseen the implementation of the state’s economic reform programme that began in 2016.

The January reshuffle included changing the ministers of tourism, culture, local development, and public sector affairs, while deputies were appointed for the ministers of health and housing.

That move is the most recent and followed a previous reshuffle in February 2017, when the Egyptian Parliament approved reshuffling nine ministries, mainly limited to economic and social welfare portfolios.

Egypt additionally witnessed a cabinet reshuffle in March 2016, when 10 new ministers were appointed, including ministers of finance, investment, and tourism.

Article 147 of the constitution stipulates that the president may conduct a cabinet reshuffle after consultation with the prime minister and approval of parliament by an absolute majority of representatives.