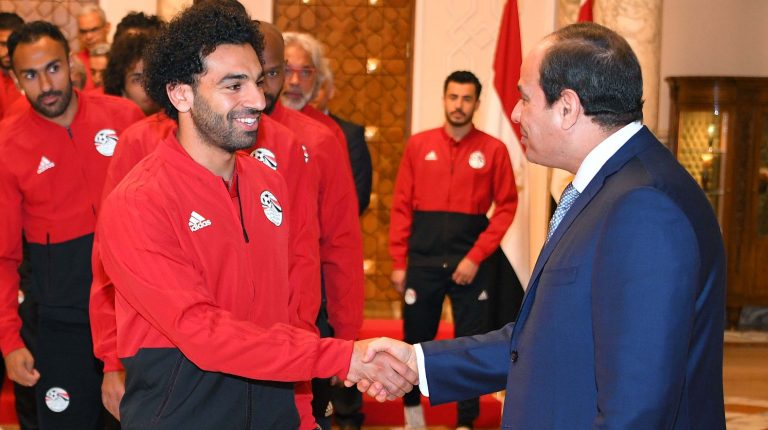 Egyptian President Abdel Fattah Al-Sisi met on Saturday with the country’s national football team in Cairo ahead of the World Cup in Russia, according to presidential spokesperson Bassam Rady.

Rady said in a statement that the football players spoke with Al-Sisi, all pledging to do their best in the upcoming competition, while national team manager Hector Cuper asserted that the team is highly prepared to participate in the World Cup in Russia.

In a post on his official Twitter account, Al-Sisi said that he made sure to meet with the football team and that he is “completely confident” in the team’s will to achieve victory. He also called upon citizens to support the team.

Egypt will play its first game of the World Cup on 15 June against Uruguay in Yekaterinburg. Although it is still unknown if Salah will be able to join his team in the first game, the player said in an interview on Friday that he hopes he can play against Uruguay, noting that it will depend on how he feels when the time approaches.