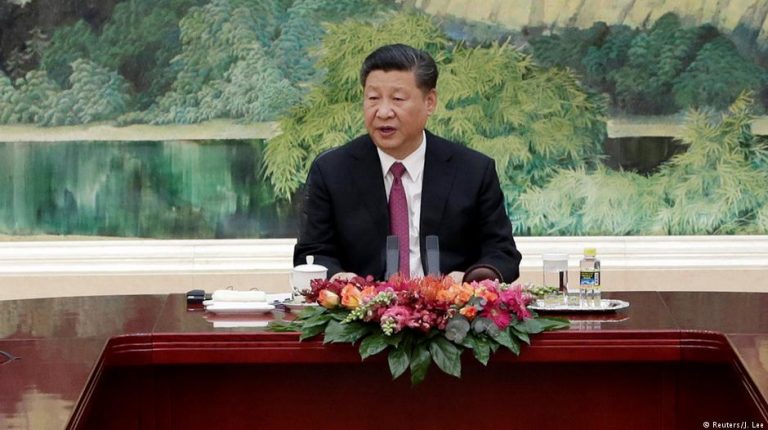 As US President Donald Trump’s trade policies drive a wedge through the G7, China has presented a front of unity in its SCO group. Iran is stepping up efforts to be accepted into the regional bloc.As G7 leaders struggled to form a cohesive strategy in Canada on Saturday, China opened up a regional security summit with boasts of unity within the organization.

Chinese President Xi Jinping opened the Shanghai Cooperation Organization (SCO) meeting in the coastal Chinese city of Qingdao with a banquet and a fireworks display.

The SCO was set up by China in 2001 for political, economic and security cooperation amongst Eurasian countries and now includes Russia, India, Pakistan, Kazakhstan, Kyrgyzstan, Tajikistan, and Uzbekistan. Observer status is granted to Mongolia, Iran, Belarus and Afghanistan.

Xi noted it was India and Pakistan’s first meeting since joining in 2017 and said this year they would “draw up a blueprint for (the SCO’s) future growth.”

The SCO combats radical Islam and other security concerns across Central Asia.

This year’s summit was expected to focus on the fight against terrorism, organized crime and cybersecurity, as well as trade and China’s global infrastructure program.

But analysts have predicted the summit will also focus on whether Iran will be granted full member status, after being stymied in the past by United Nations sanctions.

Russian President Vladimir Putin met his Iranian counterpart Hassan Rouhani on the sidelines of the conference, expressing his support for Tehran joining the SCO.

In comments carried by Russian news agency TASS, Rouhani said Tehran and Moscow must increase dialogue after the US withdrew from the 2015 nuclear deal.

“As for the US’ illegal walkout from these agreements, a far more serious and important dialogue between our countries is required,” he was quoted as saying. “With each day, (Russian and Iranian relations) are developing forward.”

If Iran is admitted into the bloc it would be a strong show of support for the country after the US withdrew from the multi-nation Iran nuclear accord.

The first step is to stop “belligerent rhetoric on both sides”, then hold a dialogue among the main parties leading to a peace treaty before holding multilateral talks, he said.

In a sign of closer relations, China and India settled a long-standing dispute over the flood-prone Brahmaputra River that flows from Tibet to Bangladesh.

Indian Prime Minister Narendra Modi and President Xi signed an agreement in which China will share hydrological data on the river and loosen regulations on Indian exports of rice. India hopes to help reduce its $51 billion (€43 billion) trade deficit with China by exporting more rice.