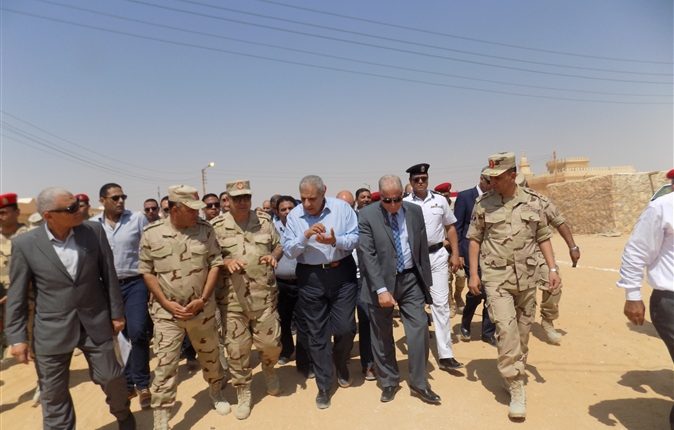 The president’s assistant for national and strategic projects, Ibrahim Mahlab, during his visit to North Sinai on Thursday announced that Egypt allocated EGP 250bn to implement development projects in the governorate.

The visit came after Egyptian President Abdel Fattah Al-Sisi decreed, in May, the formation of a committee headed by Mahlab, the presidential adviser for security and counterterrorism affairs, along with representatives of the General Intelligence Service, Finance Ministry, Defence Ministry, and the Administrative Control Authority, as well as the chairperson of the Sinai Development Authority, to implement a proposed project aiming to develop the governorate.

Last month, Human Rights Watch (HRW) claimed in a report entitled “Egypt: Army Intensifies Sinai Home Demolitions” that the Egyptian army, since 9 February 2018, “has vastly expanded widespread destruction of homes, commercial buildings, and farms in the North Sinai governorate as part of its military campaign against an affiliate of the Islamic State group there.”

The report further said, “the new destruction, including hundreds of hectares of farmland and at least 3,000 homes and commercial buildings, together with 600 buildings destroyed in January, is the largest since the army officially began evictions in 2014.”

However, Egyptian military spokesperson Tamer El-Refaie denounced the claims, noting that the HRW report was based on unreliable sources.