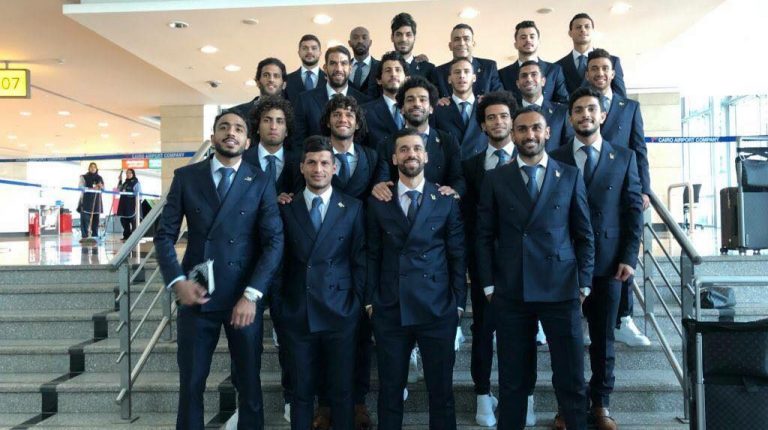 The Egyptian national football team on Sunday headed to Grozny, the capital of the Chechen Republic, Russia, to take part in the 2018 World Cup, as Egyptians are keeping an eye on their team, which will make its first appearance at the tournament in 28 years.

The team headed to Russia after meeting with Egypt’s President Abdel Fattah Al-Sisi, as they pledged to do their best, assertings their readiness for the upcoming competition.

Egypt will play its first game in the World Cup on 15 June against Uruguay in Yekaterinburg, to be followed by matchups against Russia on 19 June and Saudi Arabia on 25 June.

The country’s team qualified to the World Cup for the first time in over a quarter of a century, after Egyptian forward and Liverpool winger Mohamed Salah scored two goals against Congo in October last year.

The Egyptian striker’s severe injury to his shoulder in Liverpool’s Champions League final loss to Real Madrid last month has raised concerns regarding his participation in the international tournament. However, he said in a recent interview that he hopes he can play against Uruguay, noting that it will depend on how he feels when the time approaches.